To help pay for Toronto’s growing infrastructure and services required by residents, a new report recommends increasing property taxes by as much as 20%.

According to the report, only five out of 29 municipalities in the GTHA charge less than Toronto.

The report, which was published last Thursday, is based on an analysis of unpublished data from the 2016 Census.

The Ryerson researchers suggest that if Toronto did raise its property taxes by 20%, it would “still be in the middle of the range of taxes levied by 28 other municipalities within the Greater Toronto and Hamilton Area (“GTHA”).” 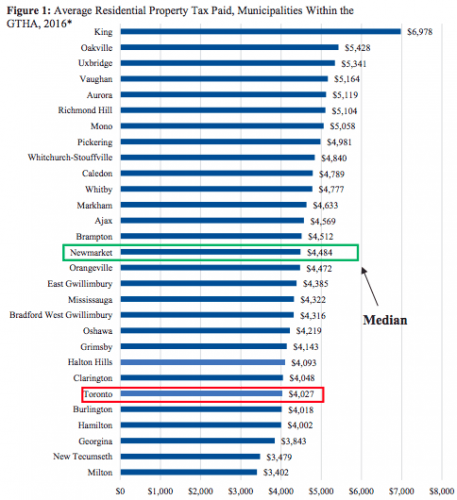