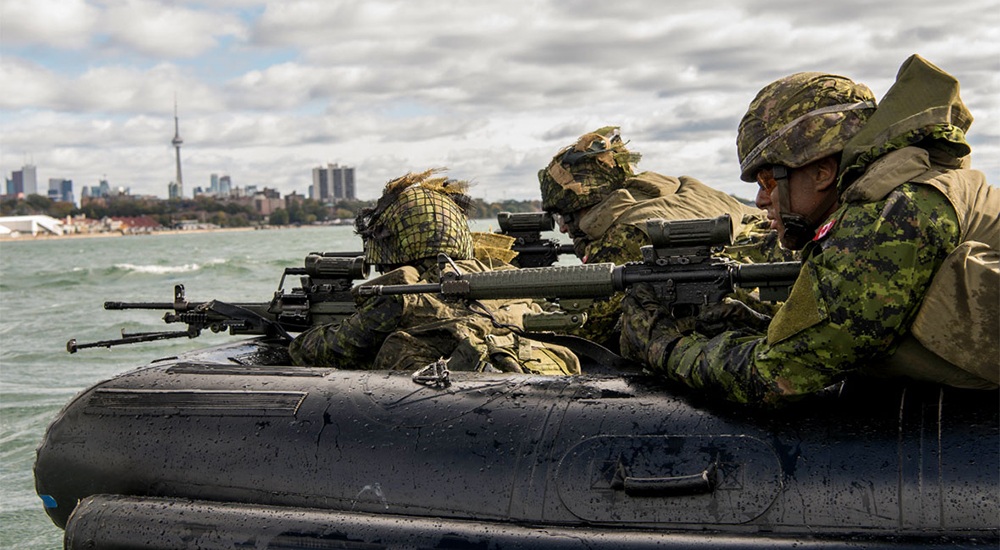 Torontonians were amused, confused, and a little bit terrified yesterday after rifle-wielding soldiers played pretend war zone in one of downtown’s most densely populated areas.

The ordeal turned out to be just a routine training exercise for members of the Canadian military, but with a pretty significant oversight: not alerting the public. Toronto police received a flood of phone calls from concerned citizens near the Moss Park Armoury on Queen Street East who had no idea what was going on.

They followed up with this gem of a memo to settle everyone’s nerves:

PUBLICC SAFETY ALERT:
City of Toronto
-Military conducting drills all over city
-Soldiers have training rifles
-We are not being invaded
^dh

Amusingly, this isn’t the first time Toronto police have dropped the “we’re not being invaded line.” Last October, they published a tweet to notify the public of a similar exercise and signed off with the same assurance.

PUBLIC ADVISORY:
Canadian forces conducting armed simulated training exercises in the Beaches area.
We are not being invaded.
^dh

While citizens were understandably irked by the lack of communication, some found humour in the situation. Here are a few of our favourite responses on Twitter:

@TPSOperations @fagstein There was an attempted invasion, but they got caught in traffic on the Gardiner Expressway and gave up.

@TPSOperations Thought maybe it snowed in Toronto, for a minute there I thought Lastman picked up the phone again.

There are some legitimate concerns, of course, like how such a drill could affect those suffering from PTSD or a history of trauma. Toronto police have responded to the furor by issuing an apology.

“The flippant comment in the tweet is unacceptable,” police spokesman Mark Pugash said. “We apologize for any offence caused.”

We eagerly await the next opportunity for Toronto police to drop the word ‘flippant’.