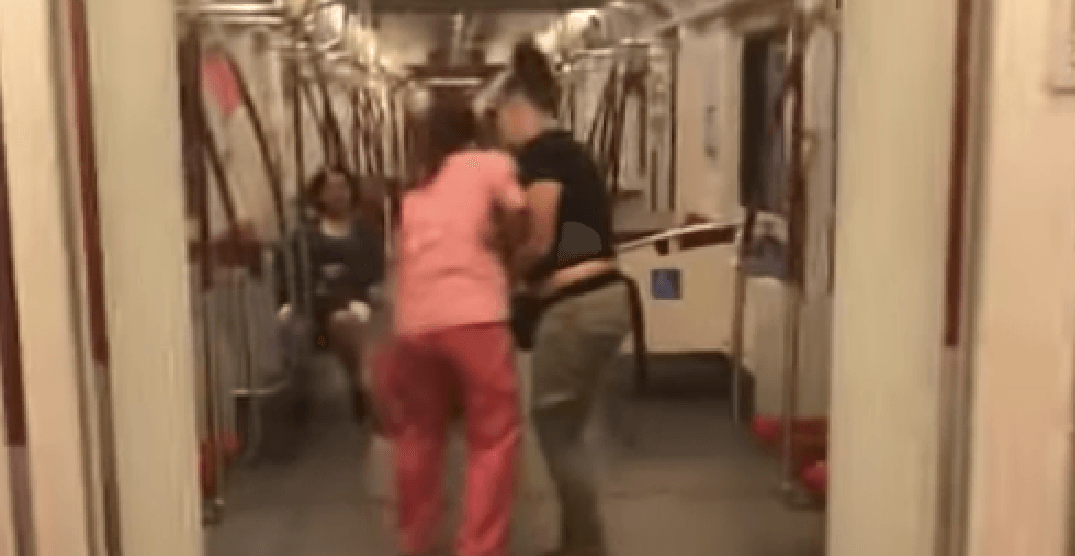 Toronto Police are investigating after an altercation and alleged robbery took place on the TTC at Eglinton West Station earlier this week.

On Tuesday, Toronto Police Media Relations Officer Gary Long told Daily Hive the incident occurred at approximately 3:45 pm on July 28, and that the investigation is ongoing.

The video is shot inside a subway car and a woman in a back t-shirt that appears to be chasing another woman.

Eventually, the two get closer to the person filming the video who then tells the t-shirt-clad woman to “stop assaulting” the other person. She appears to be attempting to grab her phone.

The woman responds that she “just wants her to delete the video.”

The person behind the camera can also be heard commenting that that woman in the t-shirt told the other woman to “go back to China” and threatens to call the police.

Eventually, the subway stops, the doors open, and the woman in the black t-shirt runs away on the platform, allegedly with the victim’s phone.