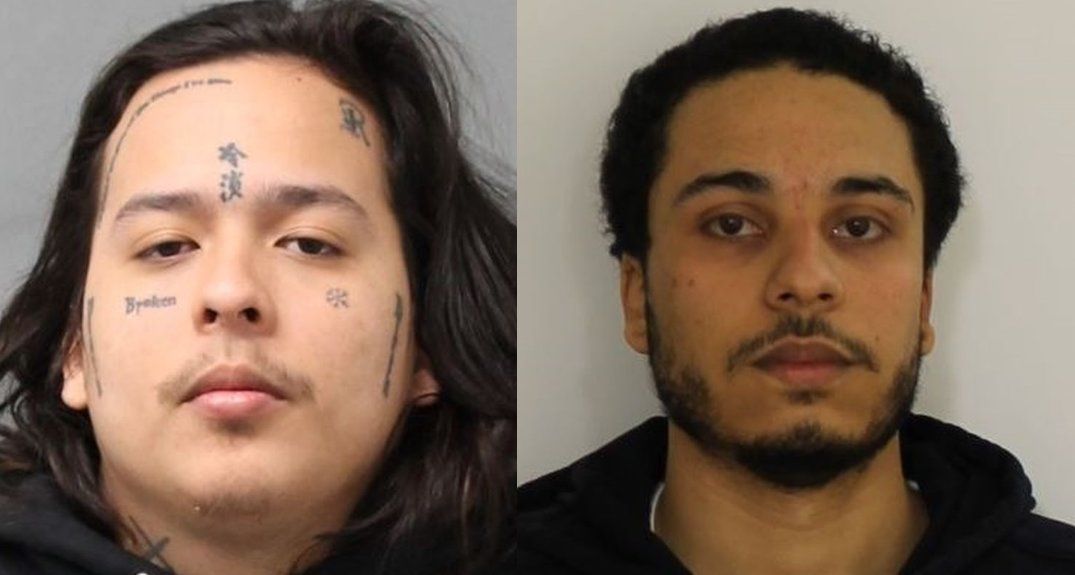 Two men are facing a total of 21 charges in a sex trafficking case.

According to Toronto Police, on Friday, January 25, 2019, members of their Human Trafficking Enforcement Team began an investigation into a report of human trafficking.

It is alleged that a man utilized a “noxious substance to render a 22-year-old woman unconscious and then control her.”

Police say the man pressured and coerced the woman to work in the sex trade.

He then allegedly tattooed her body with his nickname of “Sosa” to let people know that she was his property.

Police say that he another man teamed up and advertised the woman in the sex trade on numerous websites including backpage.com, vipfavours.com, and leolist.com.

Both men would allegedly arrange for her to attend calls to provide sexual services to clients.

The men would use deception, intimidation and fear to exercise control over her actions.

According to police, during the time that she was exploited, the woman was assaulted, causing serious bodily harm and was threatened with a firearm by both men.

And all the money generated from working in the sex trade was taken by both men.

Investigators from the Human Trafficking Enforcement Team executed arrest warrants and multiple Criminal Code search warrants, and say her property was recovered during the execution of the search warrants.

And prior to that, on Tuesday, February 19, 23-year-old Simon Ho-On of Toronto, was charged with:

Police are concerned there may be more victims.

Police would like to encourage all affected individuals to come forward and report Human Trafficking occurrences to police.

“We want to make sure that everyone has access to support services and an exit strategy, regardless of their decision to proceed criminally,” said Toronto Police.

According to Toronto Police, “Human Trafficking means every person who recruits, transports, transfers, receives, holds, conceals or harbours a person, or exercises control, direction or influence over the movements of a person, for the purpose of exploiting them or facilitating their exploitation, for a sexual purpose or a forced labour purpose. Victims can be men, women or children; can be Canadian citizens; and can be moved across local, provincial or national borders.”