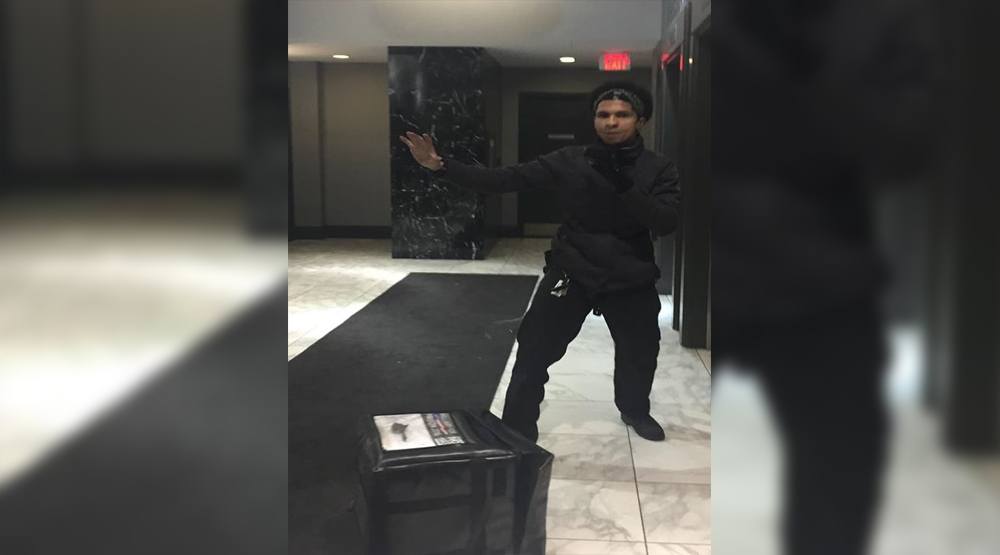 Toronto Police are asking for assistance in helping identify a suspect wanted in an assault investigation.

Police report that on the evening of November 16, a man approached a 40-year-old man in the East Liberty Street and Hanna Avenue area. Both men proceeded to have a heated argument, which escalated and resulted in the 40-year-old being assaulted.

The other man fled, and police are seeking information about him.

The man is described as 27, 6’2″, 200 lbs, medium build. He was last seen wearing a black jacket, black pants, black running shoes and a black bandana.

Police have released photos of the suspect, in what seems to be some kung fu fighting poses. 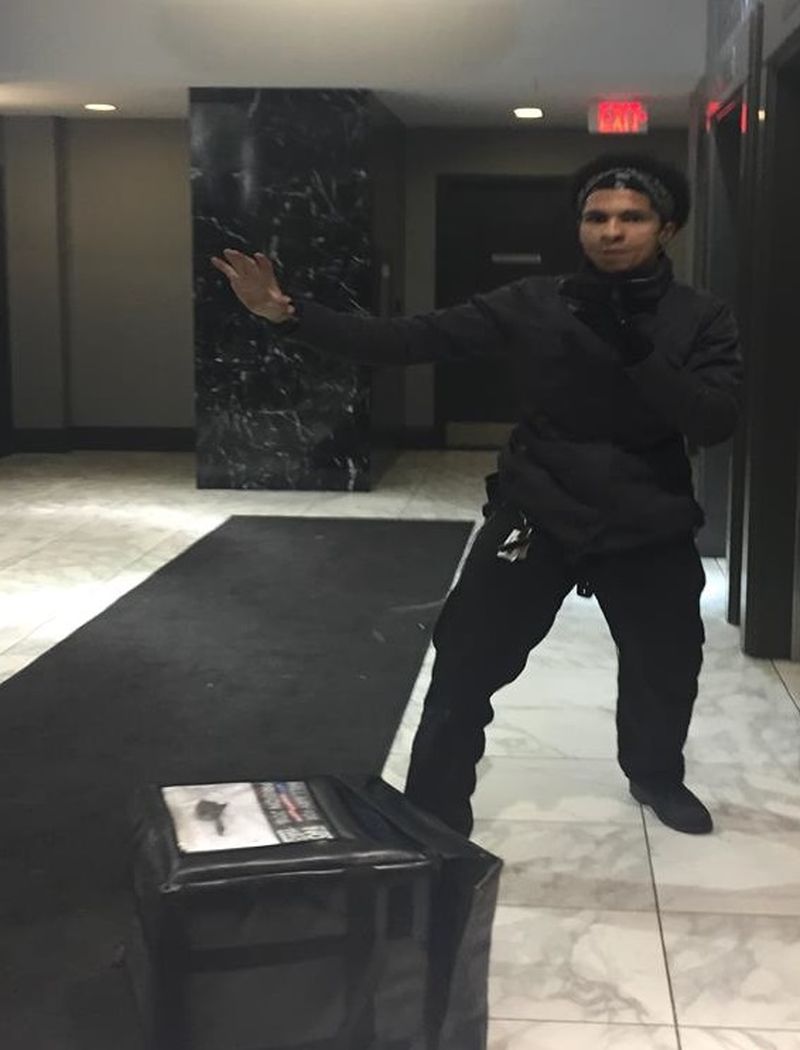