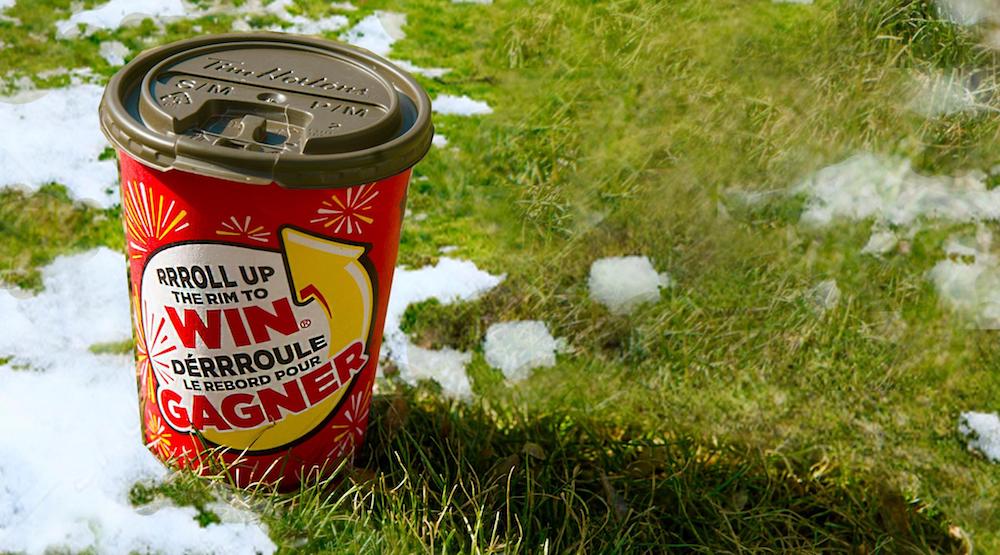 A former Tim Hortons employee has been arrested after a series of break, enter, and thefts from a franchise location in Belleville, Ontario.

Belleville Police stated that they received a complaint of a break and enter on February 2 from a business located in the north-end of the city. The Tim Hortons on Wallbridge –Loyalist Road had their storage facility broken into on January 30 and 31 and a number of boxes containing “Roll-up –the-rim-to-win” cups were stolen, according to police.

An investigation resulted in the arrest of a former employee, 19-year old Steven Seaborn of Stirling, Ontario. Seaborn turned himself into Belleville Police on February 2.

While Seaborn was charged, an investigation continues with respect to a second suspect.

Police describe the second suspect as a white male, wearing a light- coloured jacket with a hat and hoody pulled up around his head.