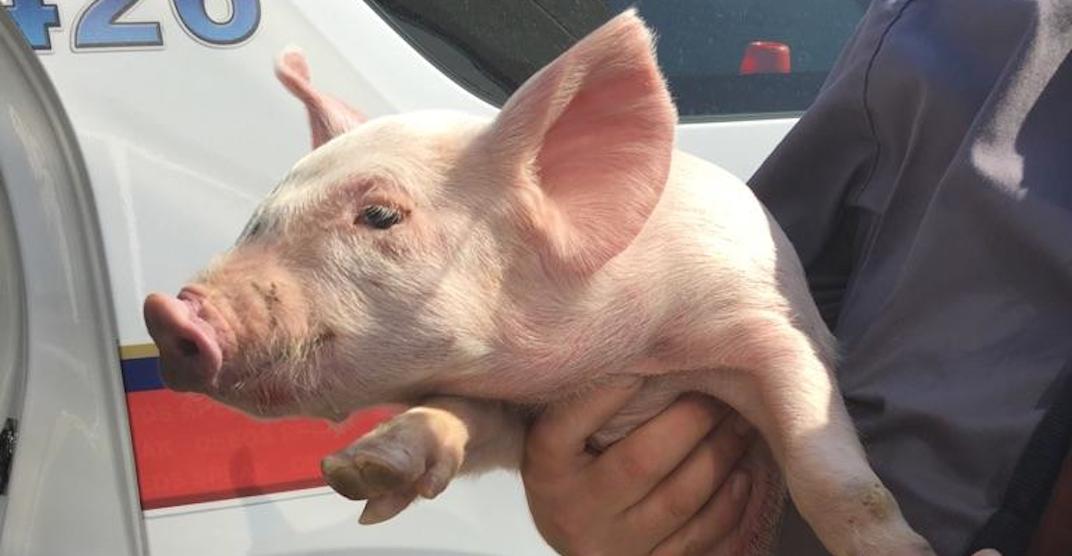 York Regional Police had a bit of an unusual start to their morning after officers had to rescue an adorable little pig that was wandering along Highway 400.

Police tweeted a photo Monday of an officer holding a small piglet that was found walking along Highway 400 near Highway 407 in Vaughan on Friday morning.

Police said the photo was “too cute not to share, despite the predictable cop/pig jokes” they would receive.

TOO CUTE NOT TO SHARE – Despite the predictable cop/pig jokes we’ll receive, this cute little piggy was rescued by one of our officers on Friday morning when it was spotted hoofing it down S/B Hwy 400, in the area of Hwy 407. It was taken to a local animal shelter to be cared for pic.twitter.com/HFDswxuU3J

Police said the little pig is now in the care of a local animal shelter.