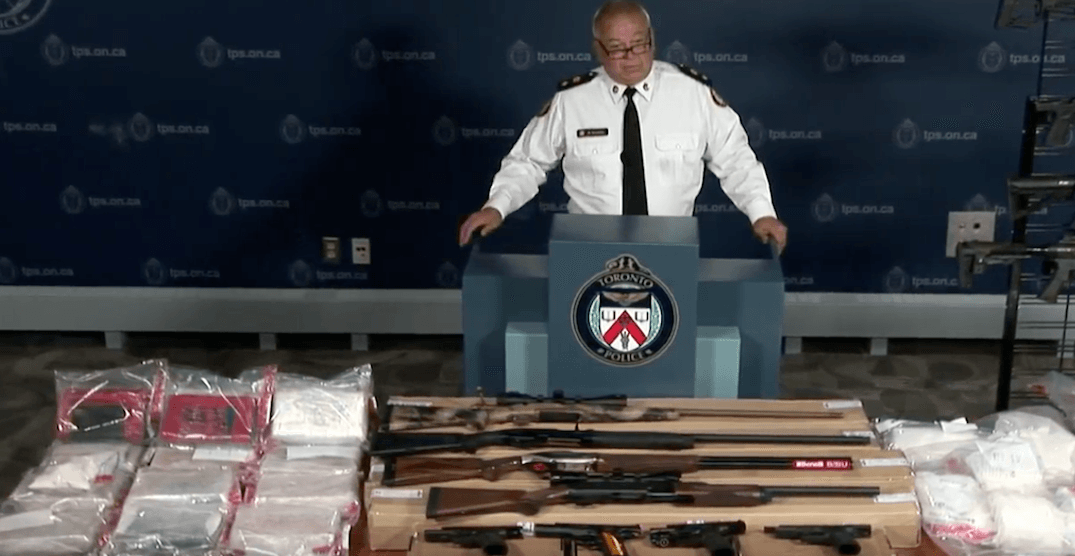 Police from across the Greater Toronto Area have arrested six individuals and seized more than $5 million worth of drugs and numerous firearms in a months-long investigation called ‘Project Switch.’

According to police, in February 2018, members of the Toronto Police Organized Crime Enforcement – Toronto Drug Squad started an investigation into an illicit drug distribution network operating in Toronto and the surrounding area.

Police say that two groups were receiving cocaine and heroin that was being imported into the GTA from the US.

On June 25, with the assistance of the Toronto Police Asian Organized Crime Task Force and law enforcement partners from the RCMP, CBSA, OPP, York Region, and Peel Region, four people were arrested and are now facing numerous charges.

Police are now requesting assistance locating 34-year-old Joevannie Peart who is wanted in connection to this investigation.

Throughout the investigation, 11 search warrants were executed in Toronto, Holland Landing, Mississauga, Concord, and Woodbridge, resulting in the following seizures: