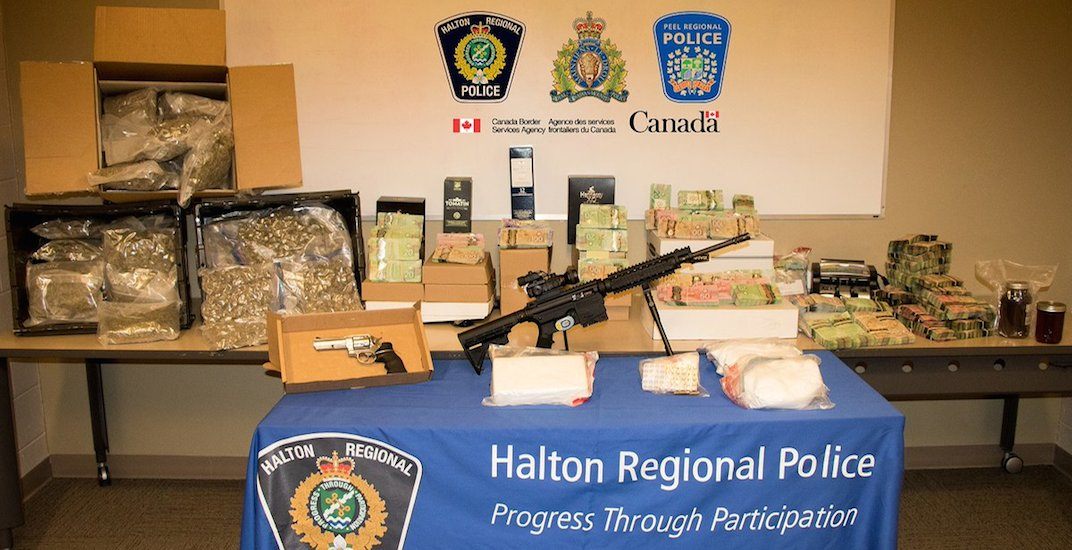 Police have arrested 11 people from across Ontario and British Columbia after an investigation into an organized drug trafficking ring operating in the GTA.

According to police, in April 2018, Halton and Peel police and the RCMP commenced a joint forces investigation into an organized drug trafficking ring operating in the Greater Toronto Area, which received substantial support from the Canada Border Services Agency (CBSA).

On July 13 and 14, Project Boomerang resulted in the execution of search warrants at seven different addresses across southern Ontario and the arrest of 11 individuals between the ages of 24 and 48-years-old, police say.

They now face a total of 29 charges related to trafficking and possession of drugs.

Investigators report a loaded Magnum revolver, a Mossberg rifle, $600,000 in cash, one kilogram of cocaine, around 43 kilograms of marijuana, around seven kilograms of Cannabis Resin, one gram of MDMA, two ounces of psilocybin, two bars of silver, and a 2018 Toyota Camry were seized.

According to police, the investigation is ongoing and additional charges may be laid.