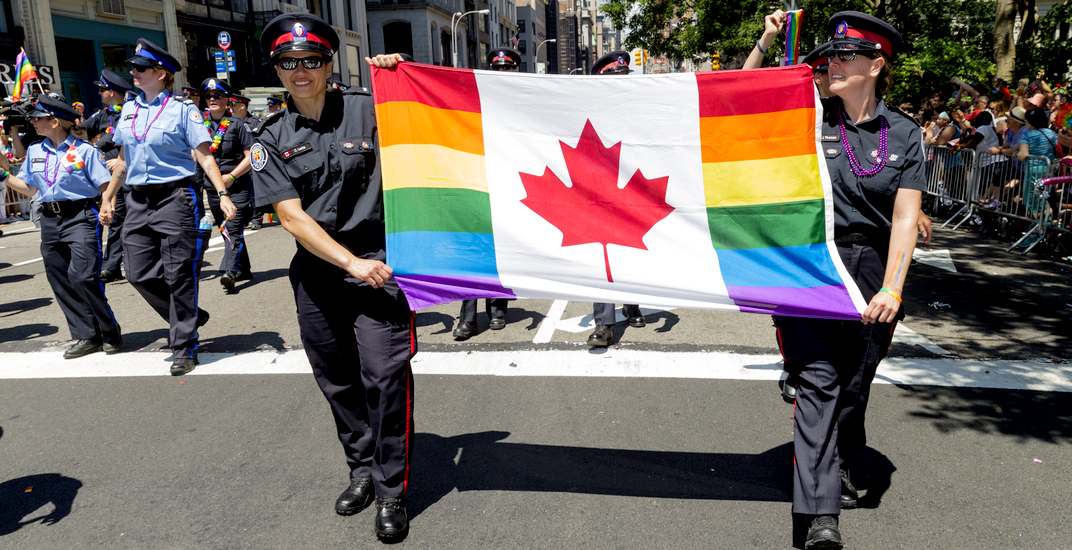 The Toronto Police have been granted permission to march in the 2019 Pride parade after they were banned from marching in the annual event the last two years.

Pride Toronto made the announcement Tuesday morning in an open letter posted on Facebook, saying the Toronto police force will be able to make a bid to have uniformed officers march in the parade.

“When we receive an application from the Toronto Police Service, we will review the application and provided they meet our Rules of Parade Entry, they will be granted a marching permit for the 2019 parade,” reads the Facebook post.

In 2017, Toronto Police officers didn’t march in uniform in the parade due to conflicts with activists with the local chapter of Black Lives Matter.

Then in April of this year, the Toronto Police were asked to withdraw their application to march in the 2018 parade after event organizers said the presence of uniformed officers would make members of the LGBT2Q+ community feel unsafe.

“In April of this year, in grief over the violent loss of people in our communities, we asked the Toronto Police to withdraw their application to march in the 2018 Pride Parade,” wrote Pride Toronto in the Facebook post.

“We asked for time to mourn and to discover how to heal. The Police honoured our request, and the Parade became an important moment in our collective expression of resilience and our individual expressions of heartache.”

Pride Toronto said the decision to allow Toronto Police officers to return to the annual summer parade was based on “signs of a new understanding and active commitment.”

Daily Hive reached out to the Toronto Police for comment but had not heard back at the time of publication.