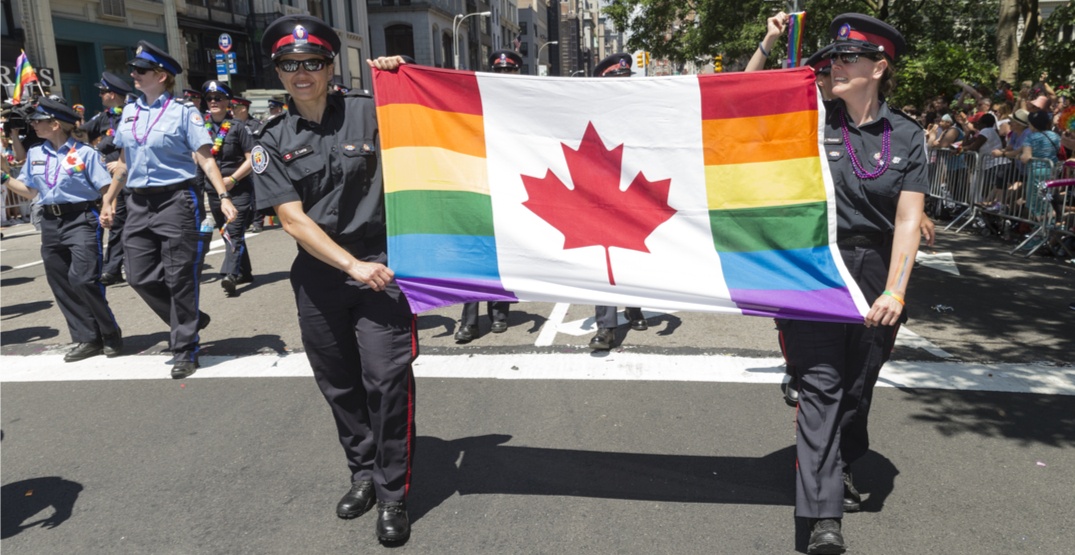 Pride Toronto is requesting Toronto Police withdraw their application to march in the 2018 Pride Parade.

In a joint public statement about police participation in this year’s parade, The 519, Toronto People With AIDS Foundation, Sherbourne Health Centre, ASAAP, Black Coalition for AIDS Prevention, and Pride Toronto all make the request in an open letter shared on Twitter.

“It is an incredibly complex and difficult time,” reads the letter, citing the recent arrest of alleged serial killer Bruce McArthur as one of the reasons for their request.

“At the end of June, we will come together, as we have for decades, and we will be seen. We will rally and rise, but it will be with heavy hearts, as we have not yet begun to grapple with our anger, shock, and grief.”

Pride Toronto said they recognize that steps have been taken to work in collaboration, but also said that “the relationship cannot be mended through a parade. Marching won’t contribute towards solving these issues.”

“We feel more vulnerable than ever,” reads the Pride Toronto statement.

“Only a significant commitment and meaningful action can start the critical work of making our communities safer.”

Last year, in response to the banning of uniformed police officers participating in Pride Toronto festivities, roughly 100 officers from Canada accepted an invitation by the Gay Officers Action League (GOALNY) to march in the New York City parade on the same weekend.

Toronto Police have yet to respond to the request.