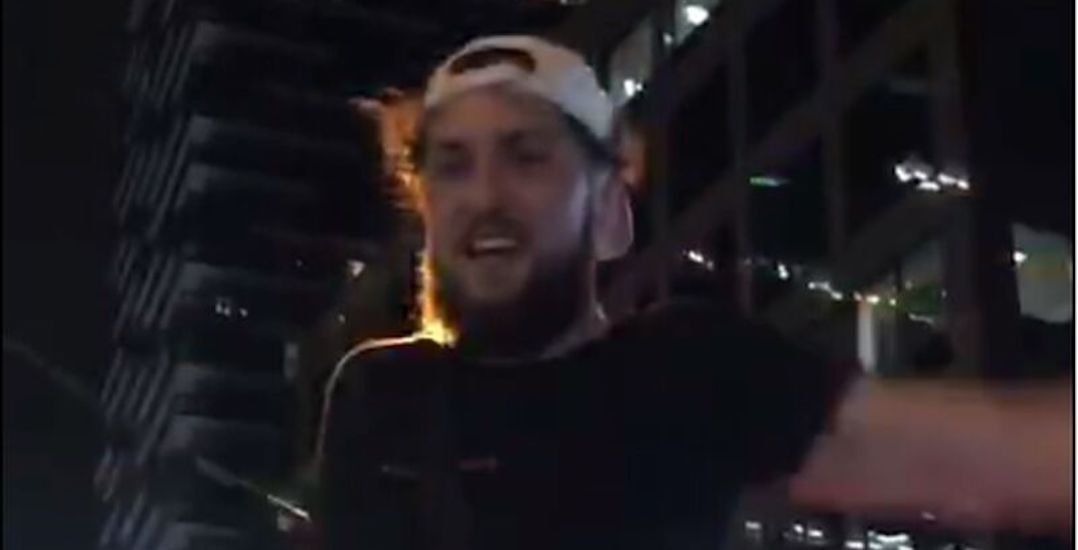 According to police, on Thursday, June 14, around 12:30 am, officers responded to a call for a mischief in the area of Yonge Street and Eglinton Avenue.

Police say that a large crowd of people had gathered to support the Toronto Raptors win and at that time, a man jumped on several cars as they drove through the area.

The damage to the cars was significant, according to police.

The suspect is described as 25 to 35-years-old, with a medium build, brown hair, and a brown beard.

He was wearing a black t-shirt, blue jeans, a white baseball hat, bright yellow running shoes, and he was carrying a black shoulder bag.

Investigators urge the suspect to consult a lawyer then contact police to arrange his surrender. 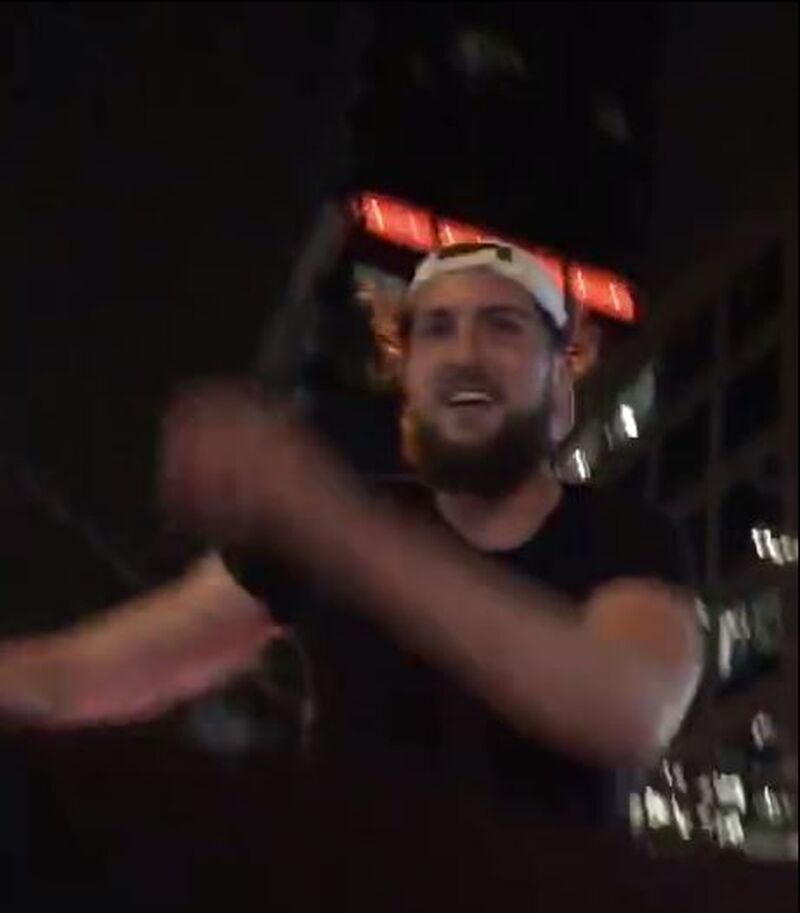 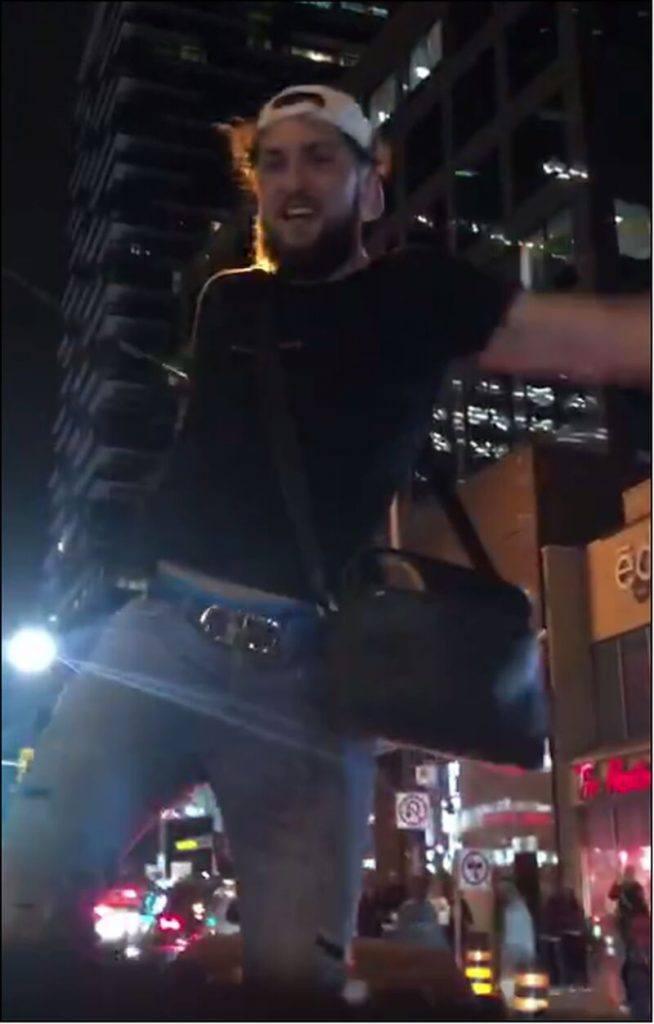