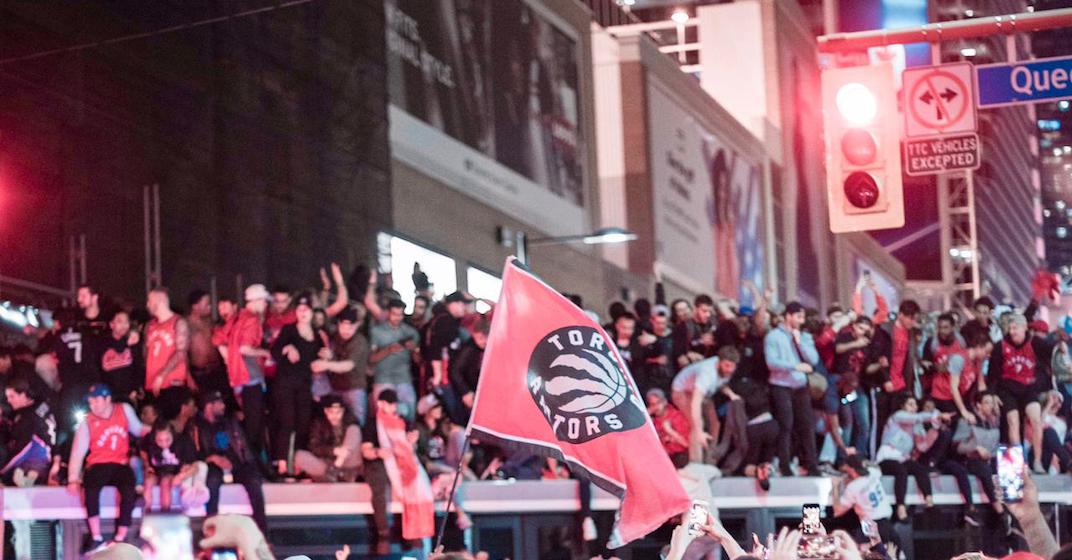 On Friday, police Chief Mark Saunders said that overall, the celebration was “fantastic.”

“Right across the city, tens and tens of thousands of people were celebrating. A few people were over-excited and some were obviously carried away in the moment,” said Saunders in a statement.

Toronto police had some damage to two of their vehicles and two buses.

“There needs to be a deterrent. When people cross the line and break the law, we will investigate and we will lay charges where appropriate,” Saunders said.

Additionally, officers dealt with a shooting near Yonge and Gould, and Saunders said that five people were arrested.

“Of the five people, four had firearms. Our officers responded fantastically, right from the start. We quickly made apprehensions and our investigation is underway,” he said. “We have a lot of witnesses helping us, we have a lot of video and photographs from the area, and we will be laying charges.”

Saunders is asking anyone who saw the shooting, to please forward any video or photos to police to help the investigation.

But, he added that, overall, “when you look at the numbers of fans downtown, the vast majority of fans were celebrating safely.”

The Toronto Police Service is already preparing for the Raptors Parade on Monday, which starts at 10 am.

“We will look at it from an intelligence lens and we will have the right resources in the right places. Again, we will be aiming to ensure public safety but keeping it a celebratory event and not a security event, just as we’ve done throughout all the Jurassic Park celebrations,” said Saunders.

“I expect people will be at the parade for the right reasons and we’ll be prepared to help people celebrate and enjoy this historic moment together.”