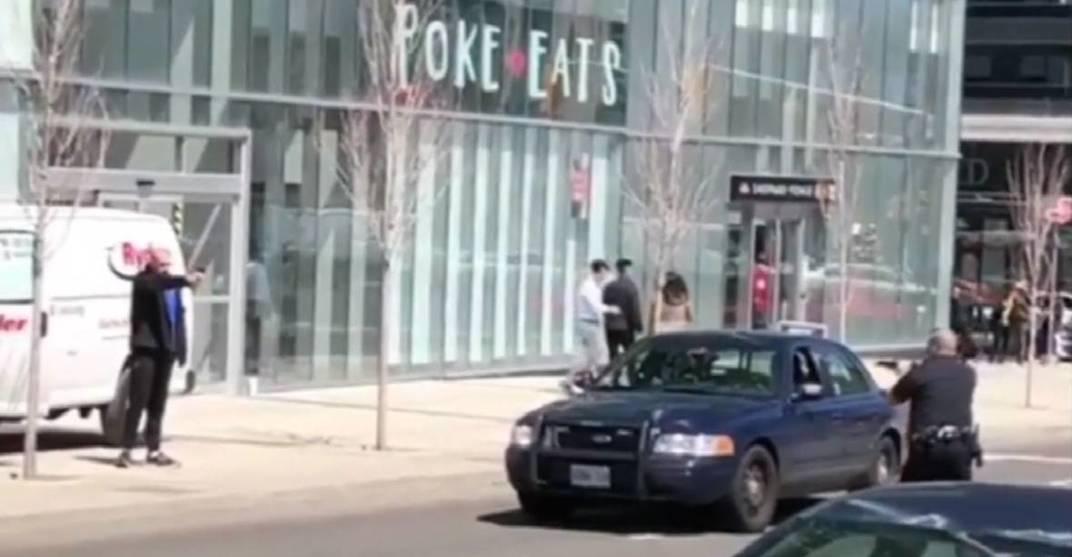 Constable Ken Lam is being recognized as a ‘hero’ after taking down Alek Minassian, the accused driver in the Toronto van attack.

Lam is being praised for the peaceful way he handled the situation after he took down the suspect without using force and with no shots fired.

At a press conference Wednesday afternoon, Deputy Chief Peter Yuen spoke to the media about 42-year-old Const. Lam and how he’s recovering.

According to police, Const. Lam wasn’t able to attend the press conference since he is the key witness of the multiple homicides and anything he says to the media could be used as evidence.

Lam is currently “doing very well and is in good spirits,” Yuen said, but is still asking questions about Monday’s arrest.

Yuen said Lam has been asking his colleagues, “what if I opened fire that day? What would happen to me?”

When describing how Const. Lam feels about how he handled the arrest, Yuen told media that Lam doesn’t want the “focus to be on him.”

Yuen said Lam says there were a lot of first responders, good Samaritans and witnesses who were at the scene on Yonge Street and credit should be going to them.

Police described Lam as someone who “would help as many people as possible” and that he always goes out of his way to assist others.

According to police, Lam was not assigned to Monday’s call, which took place around 1:30 pm.

Police say Lam “bumped into the suspect” and made the arrest.

Dramatic video footage of the arrest shows Lam trying to confront Minassian, who was standing next to the white van that had just plowed down pedestrians along Yonge Street.

In the intense scene, the officer has his gun drawn as the alleged driver of the van continually tries to force the officer to shoot him, pointing his cell phone at the officer like a gun and then faking as if he’s drawing a gun to shoot the officer. When this does not work the suspect yells, “I have a gun in my pocket.”

Lam does not fire. Instead, he holsters his gun and takes out his baton as he walks towards Minassian. Minassian then tossed his cellphone and lies down on the sidewalk, where the officer handcuffs him.

According to Toronto police Cheif Saunders, it took a total of seven minutes from the initial call received about the van attack to arrest the suspect.

The unprecedented attack killed ten innocent people and injured 14 others.

Minassian, who acted alone in the attack, is now facing 10 counts of first-degree murder and 13 counts of attempted murder.

Toronto police said the 14th charge of attempted murder is expected to be laid in the coming days.