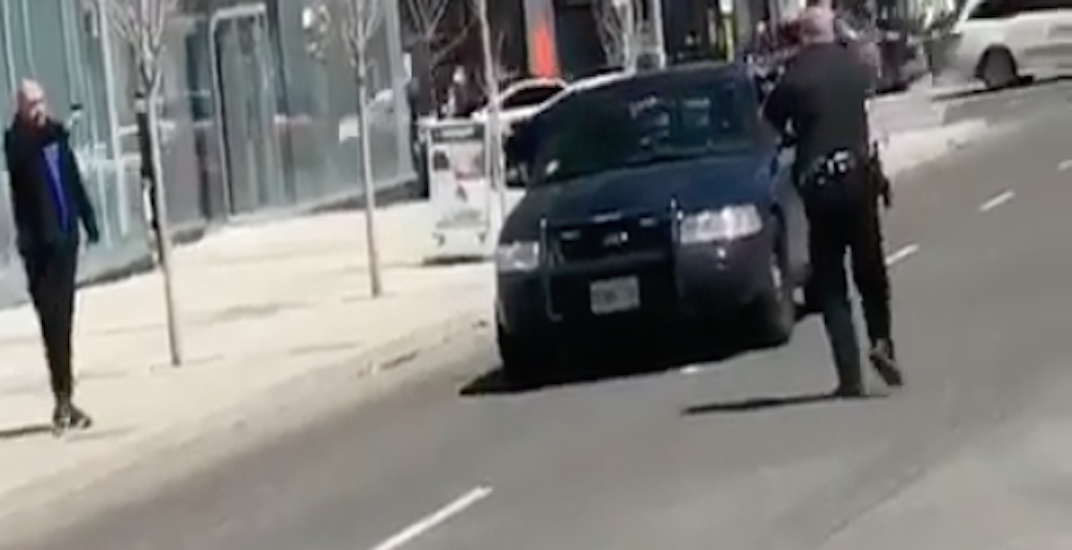 A video uploaded to Instagram this afternoon shows the dramatic showdown between Toronto police and the alleged driver of a van that ran over pedestrians earlier this afternoon.

According to police,  a white Ryder rental van mounted the curb and struck as many as 10 pedestrians walking along the sidewalk.

Multiple witnesses have described the scene to media outlets as “absolute chaos”.

The driver of the van has been taken into custody and police are planning to update the media with more information at 4:30 pm EST.

In the intense scene below, a Toronto Police officer has his gun drawn as the alleged driver of the van continually tries to force the officer to shoot him, pointing his cell phone at the officer like a gun and then faking as if he’s drawing a gun to shoot the officer. When this does not work the suspect yells, “I have a gun in my pocket.”

The officer remains calm, warning the man to get down or he’ll be shot, to which the suspect responds, “Shoot me in the head.”