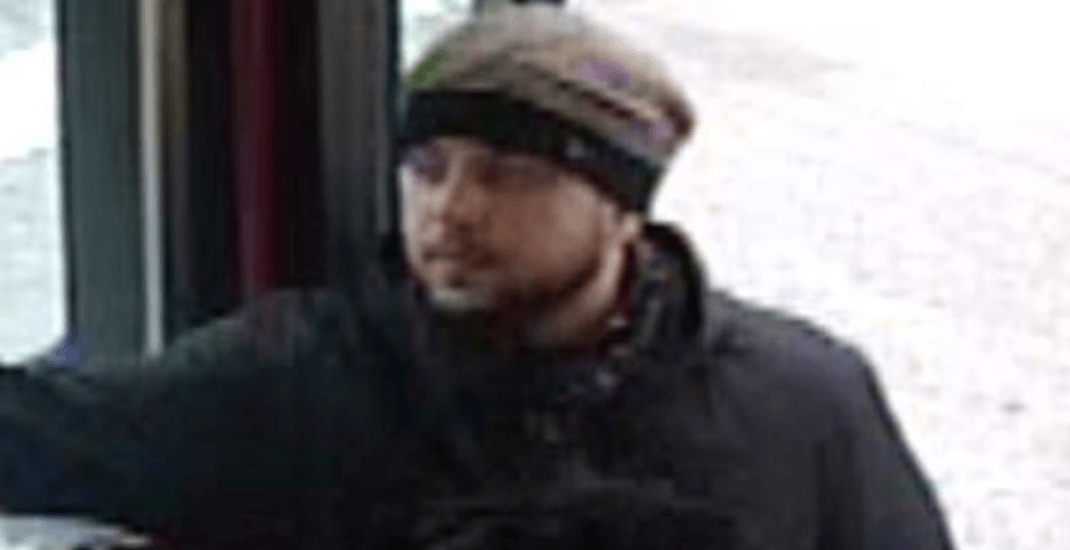 Toronto Police Service have released images and are requesting assistance identifying a man wanted for an assault on a TTC streetcar driver.

The incident occurred in the College and Bay Street area on Friday, October 27, 2017, at approximately 2 pm. Transit enforcement officers responded to a call for an assault.

The man, described as 30 to 35 years in age, medium build, wearing a black jacket and blue jeans, reportedly stole transfers from the cutter while the operator was assisting a woman boarding the streetcar.

According to the police report, the operator was able to retrieve the transfers but the suspect became enraged and spit in the driver’s face.