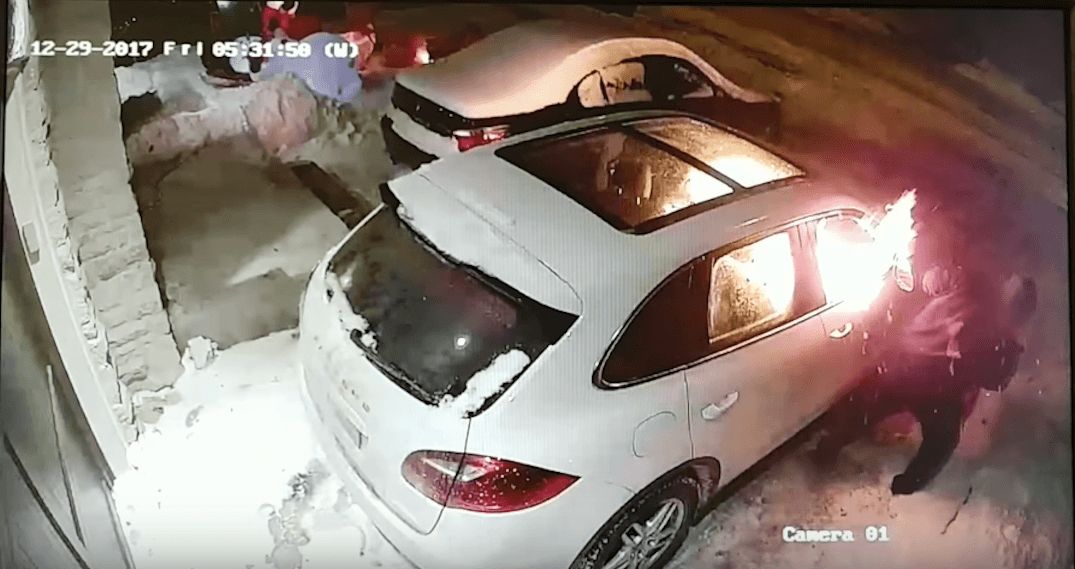 Toronto police are looking to identify a man wanted in an arson investigation.

According to police, on Friday, December 29, 2017, at approximately 5:15 am, officers responded to a call for a vehicle on fire in a residential driveway in the O’Connor Drive and St. Clair Avenue East area in East York.

Police say a car was parked in the driveway of a home when a man approached it and smashed the window. He then doused the car with gasoline and set it on fire, before fleeing in a white four-door sedan.

The suspect is described as wearing a dark jacket, gloves, black boots.

Police say they are concerned the suspect may have sustained significant injuries. They have released the video below hoping to identify him.