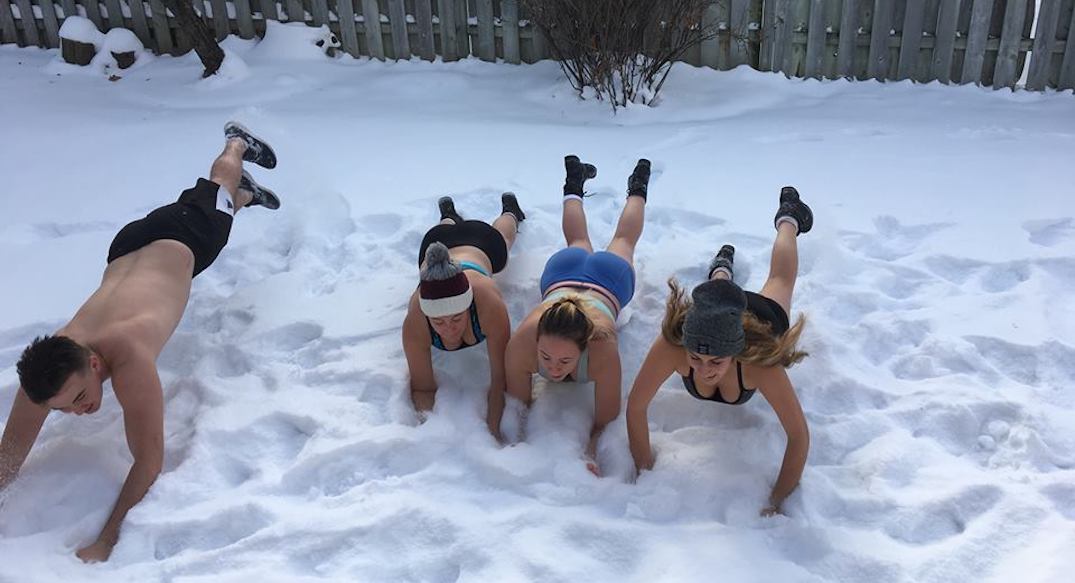 An annual tradition for the past 13 years, Toronto’s Polar Bear Dip missed its 14th year.

The 2018 swim didn’t take place as planned on January 1 due to extreme cold.

“Unfortunately due to ice conditions at Sunnyside Beach and in consideration of participant safety we have made the difficult decision to cancel the Toronto Polar Bear Dip for the first time in 13 years,” said organizers in a statement. “This event for us has always been about starting the year off in a fun refreshing way and to raise money for Toronto charities. Today we have to consider the safety of everyone first and foremost.”

Since 2005, the Toronto Polar Bear Club has raised over $400,000 for Toronto Charities. Because of this year’s weather related cancellation, the Club said it will be exploring the possibility of running the event on a later date.

To keep the spirit of the event alive, the Club encouraged everyone to post personal “mini Polar Bear Dips,” on January 1.

“If you can’t ‘dip’ then maybe jump in a snowbank or make snow angels in your bathing suit. If we can’t be together tomorrow, let’s be together in spirit! And let’s keep the pledges for Boost coming in,” said organizers.

And supportive fans did not disappoint.

This year was my 1st time signing up for the dip. The cancellation did not stop me. I will be there next year. #daretodip pic.twitter.com/XYaokdfjyD