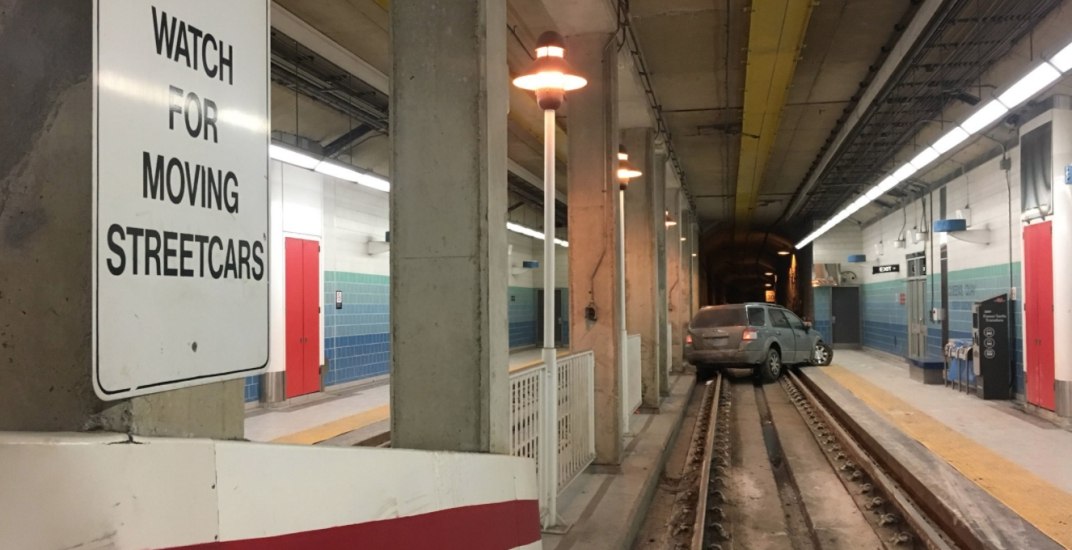 It certainly wasn’t the first time, but it was definitely the last time… in 2017 anyway.

A motorist drove into the Queen’s Quay Terminal and abandoned their vehicle inside the tunnel causing delays to the 510 Spadina streetcar route on December 31.

510 Spadina route turning back northbound at Spadina and Queen’s Quay, due to a stalled auto inside Queen’s Quay tunnel toward Union. Shuttle buses operating from Union to Queen. #TTC

The driver made it all the way to the streetcar loading dock before apparently realizing the mistake. Well past the point of no return, the motorist ultimately decided to flee the scene but not before cleaning the car and removing the license plates.

As Toronto Police Officer K.Tauro notes on Twitter, the driver isn’t in the clear quite yet. Without plates, police will use the vehicle identification number (VIN) to trace the car back to its owner.

To the driver that thought it was okay to keep going: it wasn’t. Also, taking the plates and cleaning the car just means we trace the #VIN. As per the TTC, it will be a number of hours before they are able to safely remove this vehicle from the tunnel. @TPSOperations @CityNews pic.twitter.com/yrJ6q0RWuh