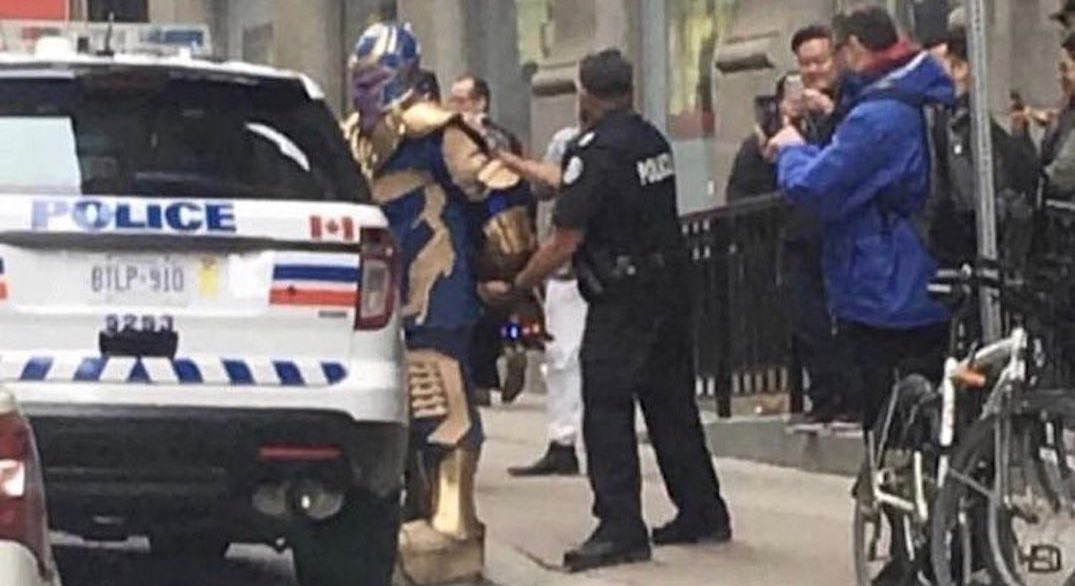 The blockbuster film was a beast at the Canadian box office on its opening weekend, bringing in a projected $19.7 million. According to Marvel Studios, it was the biggest opening weekend in Canada ever, knocking Star Wars: The Force Awakens down to second place.

And for everyone that loved the movie, most disliked Thanos.

Played by Josh Brolin, Thanos is powerful. Maybe too powerful for even the Marvel world, which is why many were surprised he was arrested on Saturday by Toronto Police.

the Toronto police did what the Avengers couldn’t even do pic.twitter.com/YvpbeEhsfE

But not everything is quite as it seems when the real world crosses the Marvel universe.

Earlier that day, comedy and cosplay actor Frank Coraci was walking around Dundas Square looking like… well, this.

After being spotted by local police, it seemed the cops posed with Coraci for the photo.

So, everyone can calm down, because we all know Thanos is out there recovering somewhere…