I don’t mean to fat shame a movie but Avengers: Infinity War is one ginormous film where most of the beloved MCU characters are stuffed into 156 minutes of pure Superhero bliss. The movie delivers in a huge way that will leave fans satisfied and hungry for more. 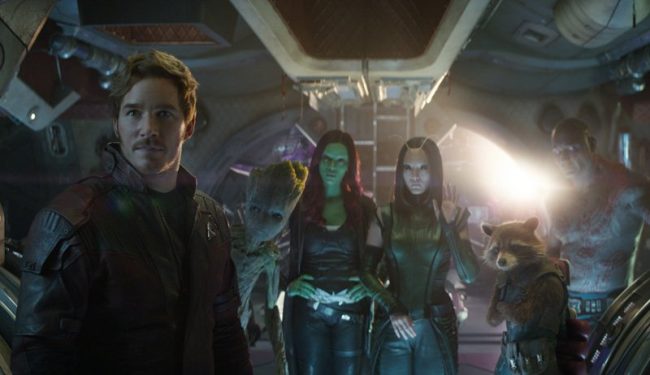 The spring and summer are all about cinematic blockbuster spectacles and although we got a small taste of it already with Rampage and Pacific Rim: Uprising, it’s time for the big daddy of them all that’ll set the box office on fire for the weeks to come.

How a crossover of this magnitude works is a testament to directors Anthony & Joe Russo’s hard work and a clear understanding of all the characters’ intricacies we have seen on screen over the years. Since the early days of Iron Man and Captain America a decade ago, everything has been culminating and moving towards a big showdown between Thanos and the Marvel heroes. Well, except Ant-Man who sits this one out as he fittingly has a much smaller movie coming out later this summer.

It’s tough to write a review of this film without treading too close to spoiler territory so I’ll spare you the synopsis and give a very basic review. It’s pretty evident if you’ve been paying attention Thanos is collecting Infinity Stones and once he has them all he will have the power to wipe away half of the Universe to restore what he calls “balance.” Of course, a few of those stones happen to be on Earth and so he must tread on Avenger territory to recover them. 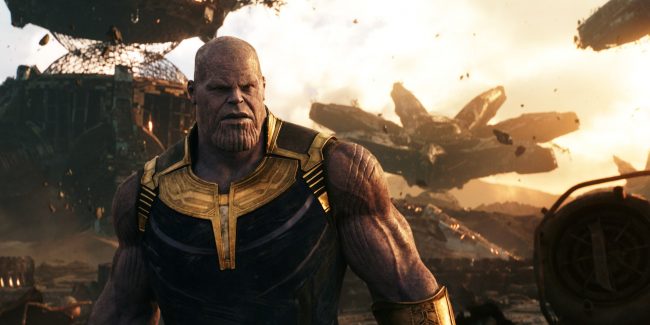 Josh Brolin is compelling as “The Mad Titan” and his character’s motion capture CGI looks a hell of a lot better than it did in the early trailers. It’s also refreshing to see a well-rounded villain in the MCU that has a clear and understandable motive. Essentially Thanos is the main protagonist in this tale and from the opening scene and onwards the movie is very much about his journey, as he travels to Earth, and around the Universe, in hopes of completing his life-long goal of becoming a god.

Brolin brings the quality badassery but people are really going to get a kick out of the other subplots that include some fabulous banter between Iron Man (Robert Downey Jr.) and Doctor Strange (Benedict Cumberbatch) and the hilarity that ensues when Thor (Chris Hemsworth) continues his Ragnarok character arc and teams up with The Guardians of the Galaxy. Most of the heroes are broken up into teams as they go out on their own quests to try and save the galaxy. 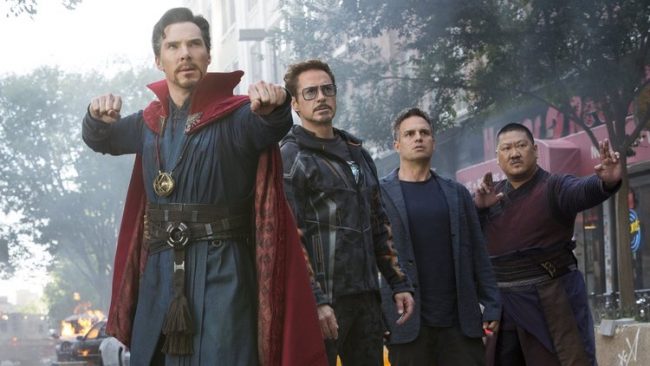 Even though the film does cut back and forth to different storylines, the movie flows briskly. It’s a heart-stopping experience full of fantastic character interactions, adrenaline-pumping battles, and devastating surprises. There are dark and sad moments that will emotionally impact fans of the franchise and that’s all I’m going to say about that.

The Russos promised that Infinity War would set the Marvel Cinematic Universe on a different direction and boy they weren’t kidding.

Avengers: Infinity War was a project literally conceived to have all the pressure in the world riding on it, but ultimately it’s not hard to see why it works so well. It all comes down to great writing, directing, and properly using an ensemble cast the likes of which have never been put together in the history of cinema. It’s an exceptional achievement that takes you on a rollercoaster ride of emotions, and in the end, you are left wanting another go-around. 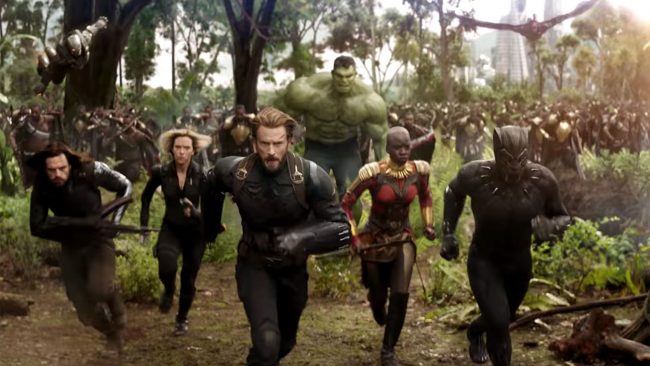 Avengers: Infinity War was well worth the wait and is one of the top standalone adventure films from the franchise. If you think the anticipation was massive for this movie, we now have to wait another 12 painful months before we get to see part two.

Make sure to sit through the end credits as there is an extra scene tacked on that hints at what’s in store as we move into a new era of the MCU.

Playing at a theatre near you. Rated PG-13 (for intense sequences of sci-fi violence and action throughout, language and some crude references). 156 minutes