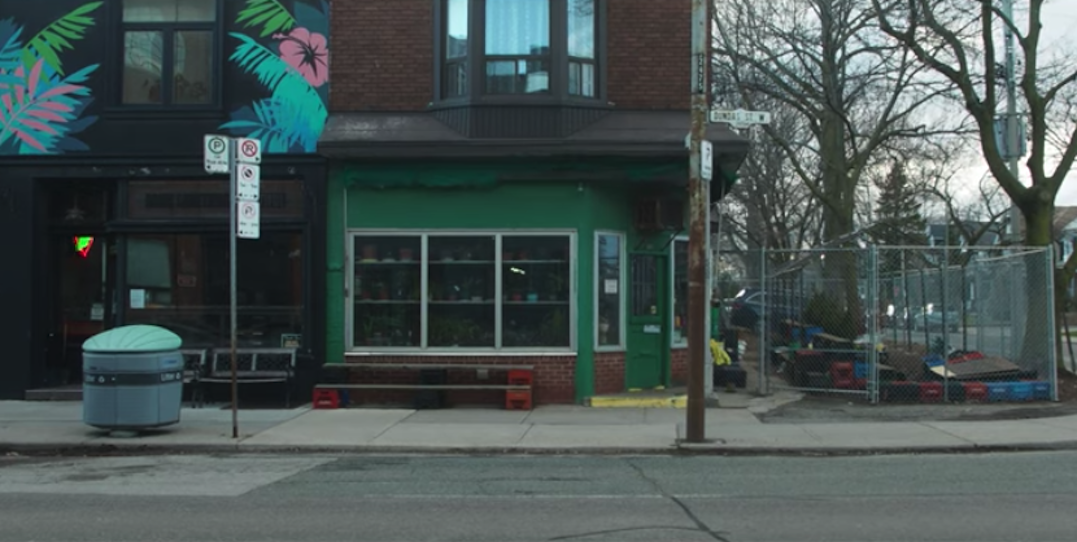 Considering how many Torontonians are hunkered down at home right now, you may be wondering what the city’s normally-bustling streets look like.

One videographer shared their captures of the city on empty in a short film, aptly titled “Distance.”

The two minute, 40 second long film pans over many spaces across Toronto — some familiar, some not so much — and shows how they look when not occupied by the crowds that usually fill them.

From offices filled with cleaning supplies but barren of occupants, to Nathan Phillips Square with no more than a few people passing through, the film captures the quiet that has taken over Toronto.

At least, that’s how it looks from the outside.

It’s important to remember that while the streets may be empty and the shops may be closed, each space that isn’t filled with people represents those who have opted to stay home to protect themselves — and the community — from the global pandemic.

In this way, the silence across the city speaks volumes.

Those who have already peeped the video have echoed the sentiment that it’s strange to see Toronto so calm.

“Wow. You really captured an eeriness in the city streets right now. A little sad. It kinda looks like an abandoned city in a zombie movie,” one commenter wrote on Reddit, where the videographer shared a link to the video.

“I wanted to know what the city felt like empty but I want to respectfully stay indoors, so thanks for sharing. Nice work.”

To see for yourself what Toronto looks like without its streets filled with pedestrians, vehicles and cyclists, you can check out the short film below: