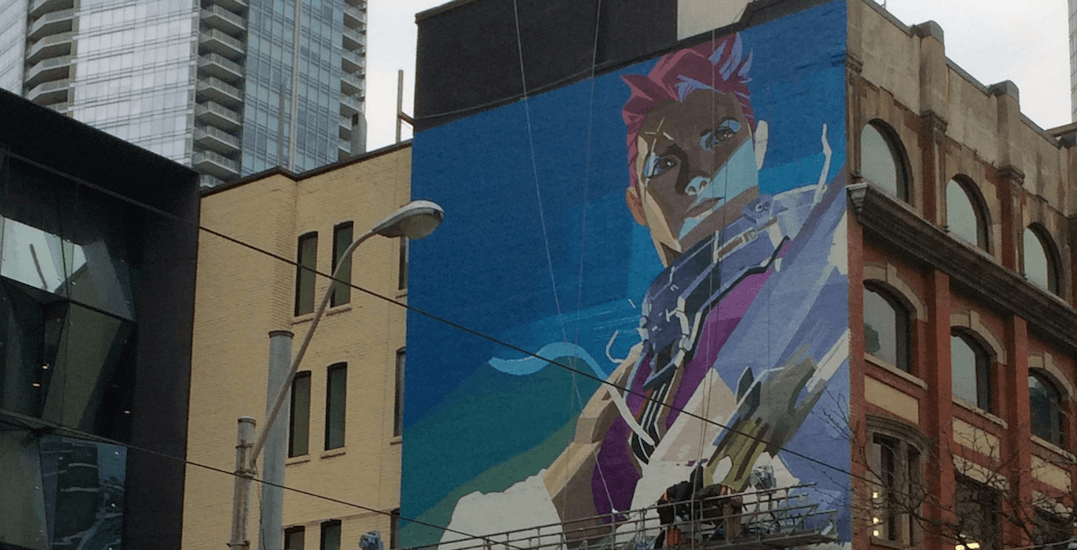 If one thing is certain, Toronto is decked out in some incredible street murals.

From sprawling building murals to one-of-a-kind designs in Graffiti Alley, there’s always an incredible work of art to find in this city.

And now Toronto’s bustling King Street has a new mural for art fans to check out and it’s unlike anything the city has seen before.

On the side of Los Colibris (220 King Street West), someone has started to paint an incredible mural of Zarya, a character from the popular team-based first-person video game Overwatch.

The game’s creators have commissioned similar pieces in cities around the world, but the Toronto Overwatch mural is looking like the biggest one yet.

And to say fans of the game are excited about the new mural would be an absolute understatement.

The progress so far, on the Toronto Zarya mural. Pics were taken yesterday evening. #Overwatch pic.twitter.com/ds82pzWGSW

FINALLY AN OVERWATCH MURAL IN TORONTO IM SO HAPPY I CANT WAIT TO SEE IT DONE AAAAAAA pic.twitter.com/aaWykkqtq7

Check out the massive @PlayOverwatch mural that is being painted in the heart of downtown Toronto. #Zarya #Overwatch pic.twitter.com/TsqI7XyyS3

Spotted in #Toronto – A mural of Zarya from @PlayOverwatch! pic.twitter.com/FHVfBMSu2b