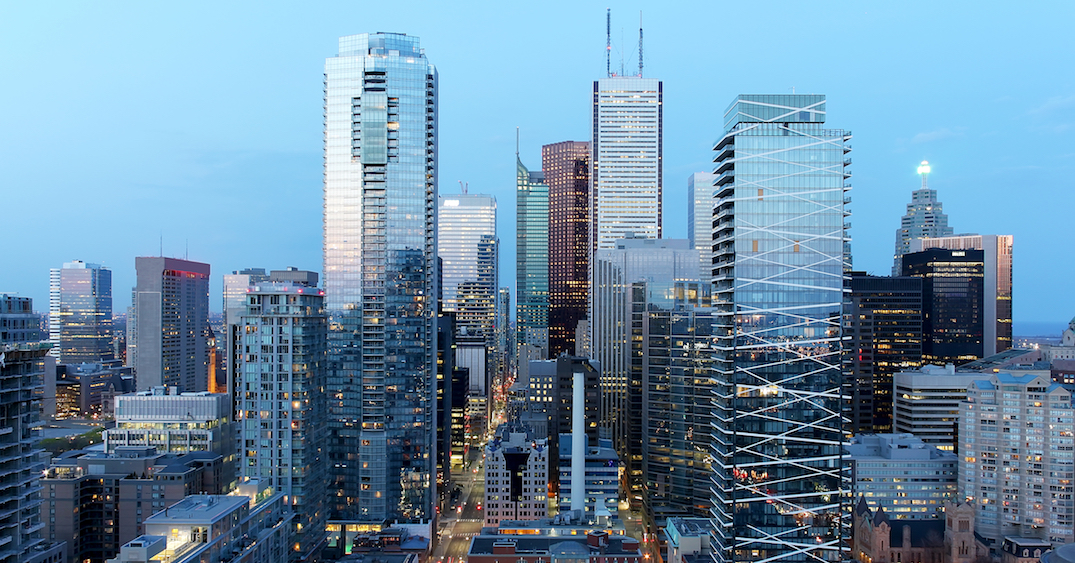 With thousands of Torontonians working from home, the downtown Toronto office vacancy rate is expected to grow even more by the end of this year.

“It is anticipated that we could see some space reduction as [work from home] is more formally adopted, however we are just as likely to see footprints grow as occupier’s de-density their space and increase their space per-employee,” the report reads.

Prices for Toronto’s office rentals are “anticipated to hold near current levels in the year ahead” due to the “institutional nature of office tower ownership in Toronto,” the report says.

The last year was incredibly tough on Toronto’s retailers due to continual economic uncertainty, but the report predicts that many segments of the retail sector will thrive this year, including grocery stores, cannabis stores, dollar stores, and fast-food chains with drive throughs.

“With many of the same obstacles continuing into the year ahead we will see more retailers fight against closures and bankruptcy,” the report reads.

Retail sales actually saw a growth last year of 6.4% and are expected to grow another 10.4% this year.

Toronto’s industrial market, which had started to establish momentum in recent years, is expected to do well in 2021.

“As a result of demand from a multitude of industries and a highly pre-leased development pipeline, it is expected that a lack of available space will lead to continued rental rate growth this year,” the report says.

Even with the changes the market has seen over the past year, CBRE Canada Vice Chairman Paul Morassutti remains hopeful for the country’s real estate future.

“Despite current challenges Canadian commercial real estate offers many reasons for optimism and we are in a better position to capitalize on what comes next than many of our global competitors,” said Morassutti. “Canada’s economic and political stability and thoughtful immigration policies are a launchpad for growth and we expect to see a real pop in the economy before the end of the year.”