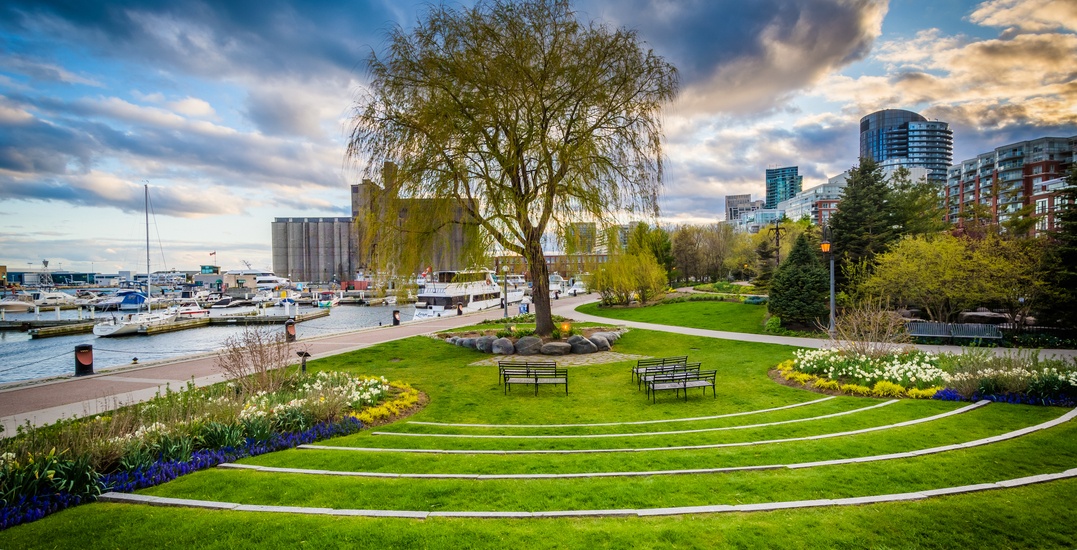 he Toronto Music Garden, at the Harbourfront in Toronto (Jon Bilous/Shutterstock)

It looks like Toronto is going to be opening two new waterfront parks along Queens Quay West in the near future.

While when these two parks will actually be ready to open remains unclear, at a recent meeting with members of the waterfront community, there were lots of designs and plans already set in place.

String mapping. Dotmocracy. Envelope Walls. When you’re turning two pieces of concrete on the waterfront into dynamic new public spaces, you use every consultation tool in the book. @LucyTroisi @WaterfrontTO @TorontoPFR pic.twitter.com/XD8FyXWCac

York Street Park and Rees Street Park will be located at their respective intersections, and are being designed thanks to a partnership between Waterfront Toronto and the department of Parks, Forestry and Recreation.

Each agency will focus on building a specific park, with Parks, Forestry and Recreation overseeing the construction of Rees Sreet Park, which will be located across the street from HTO park,  just south of the Rogers Centre. Rees Street Park is currently a parking lot and will be roughly 1 hectare in size.

York Street Park will be located where the Gardiner Expressway’s recently-removed York-Bay-Yonge off-ramp formally was and will be overseen by Waterfront Toronto.

Currently, remnants of the recently removed ramp still remain in the park’s location, so officials are contemplating integrating the remnants into the park’s design.

Map of the York St. Park, including the eight bents. Couldn’t be removed due to the high water table but can be removed now. Should we? Apparently Harbour St. will have a 2 way bike lane! #BikeTO #TOpoli pic.twitter.com/vsGU7gFe1C

While the development of both parks is currently only in the design phase, the implementation of the two new parks will further establish Toronto’s waterfront as a year-round destination.