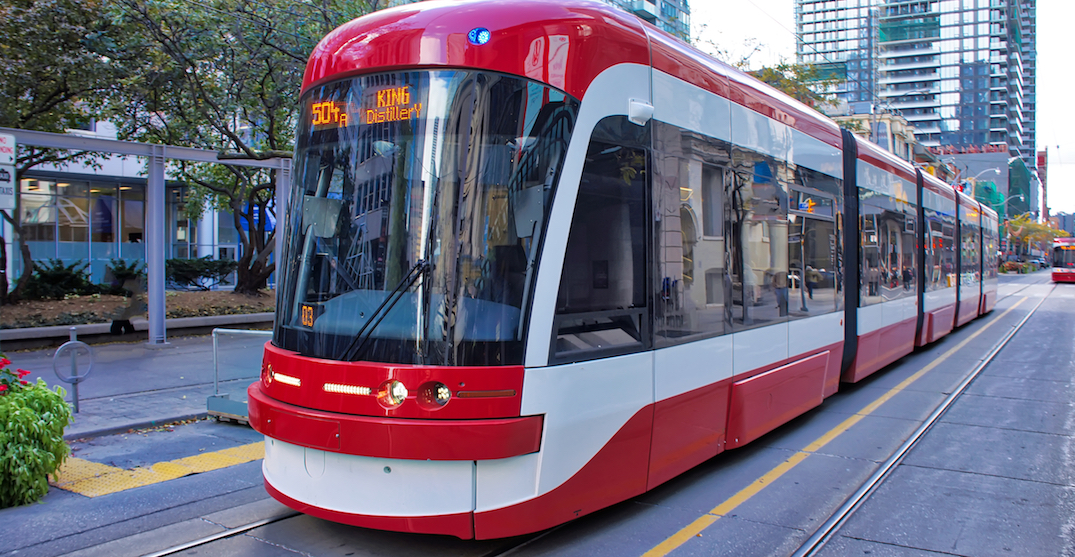 It looks like King and Queen Street might be getting additional transit-priority measures for long stretches along the corridors.

In a recent report that will be reviewed by Mayor John Tory’s executive committee next Wednesday, the General Manager of City Transportation will add TTC service on 20 corridors across the city by using signal priority, dedicated transit lanes, and removing or restricting on-street parking.

The report is asking for Council to endorse the Surface Transit Network Plan (STNP) which will require around $62 million in funding from 2021 to 2024.

The goal of the transit-priority lanes is to have more efficient transit on busy corridors, and therefore, create less traffic.

At a later point, the city plans to find ways to boost transit ridership along King and Queen.

The report states that “further extensions of transit priority along King” should be taken and that similar applications are being considered along Queen.

However, the measures that would specifically be implemented will only be determined at a later date upon further study. Detailed designs for Queen and King are scheduled for 2027 with installation planned for 2028.