For the first time (maybe ever?), the TTC is doing something ahead of schedule.

That’s about a third of the distance they travelled between incidents in February (16,000 kilometres) and well off the 35,000-kilometre target outlined in the vehicle contract. That threshold is supposed to be upheld by the time the 60th new streetcar hits the tracks, which is expected to be sometime in November.

Of the 28 vehicle failures reported in April, 11 of them were door-related. 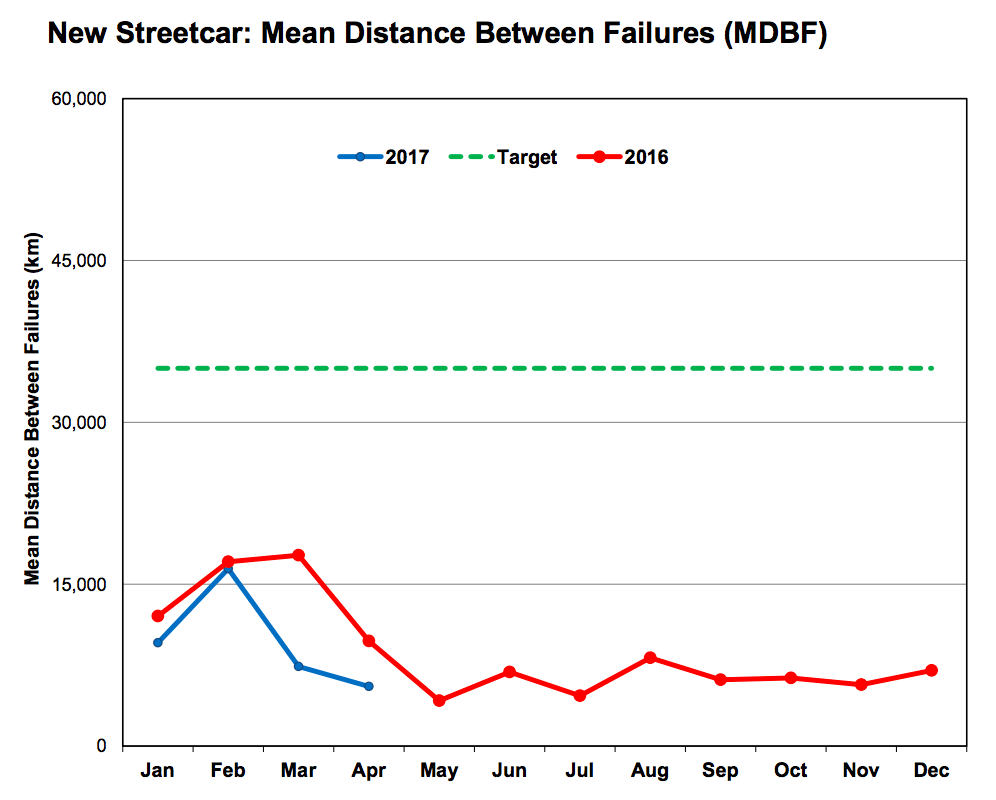 Buses, meanwhile, are exceeding their performance targets. The mean distance between failures for buses was 16,972 kilometres in April, well above the 12,000-kilometre target. They’re manufactured by Mississauga-based Orion International.

Missing the streetcar performance target is just the latest gaffe in Bombardier’s ongoing fiasco surrounding the new fleet. The Montreal-based company has been consistently delayed in delivering new vehicles to the TTC and was even subject to legal action by Toronto’s transit authority over its tardiness.

Despite “known manufacturing issues,” Byford says Bombardier is on track to deliver the remaining streetcars on schedule.

The TCC ordered 204 streetcars from Bombardier in 2009 at a cost of $1.2 billion, and is supposed to have around 130 of the new vehicles in operation by now. Only 35 are currently in service.