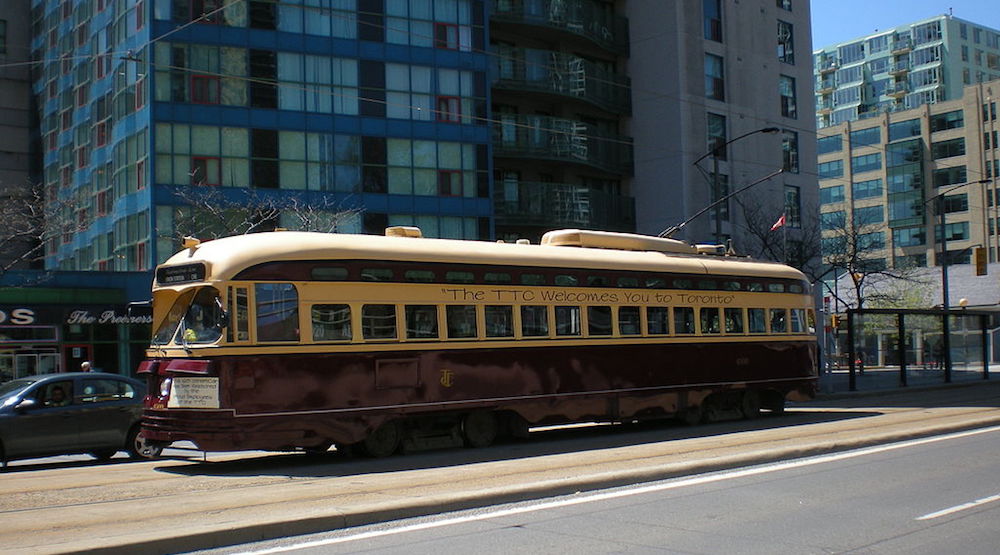 Take a trip and go back in time on the TTC’s vintage streetcar.

Starting May 21 and every Sunday until Labour Day, Toronto can experience the vinatge PCC streetcar on the 509 Harbourfront Route.

The classic burgundy-and-cream-coloured streetcar can be boarded from about noon to 5 pm, and the best part is, PCC rides are free.

The PCC car will travel from Union Station to the Fleet Loop, providing a scenic view along Queens Quay West. Along the way it will make stops at tourist destinations on Toronto’s waterfront, including the Ferry Docks, Toronto Music Garden, HTO Park, York Quay Centre, Stage in the Round, The Power Plant and numerous other attractions.

The PCC streetcar returned to Sunday summer service on Harbourfront in 2012, according to the TTC. PCC stands for Presidents’ Conference Committee, a North American transit industry committee that developed specifications for new-era streetcars in 1930.

At the time, the original 140-car order of PCC streetcars (the largest order in North America in 1938) cost the TTC $3 million, said the TTC.

When the Bloor-Danforth subway line opened in 1966, and the CLRV and ALRV streetcars (the majority of cars in service today) arrived in the 1980s, PCC streetcars were gradually retired from service.

Today, the TTC has two PCC cars it uses for special occasions and charters.