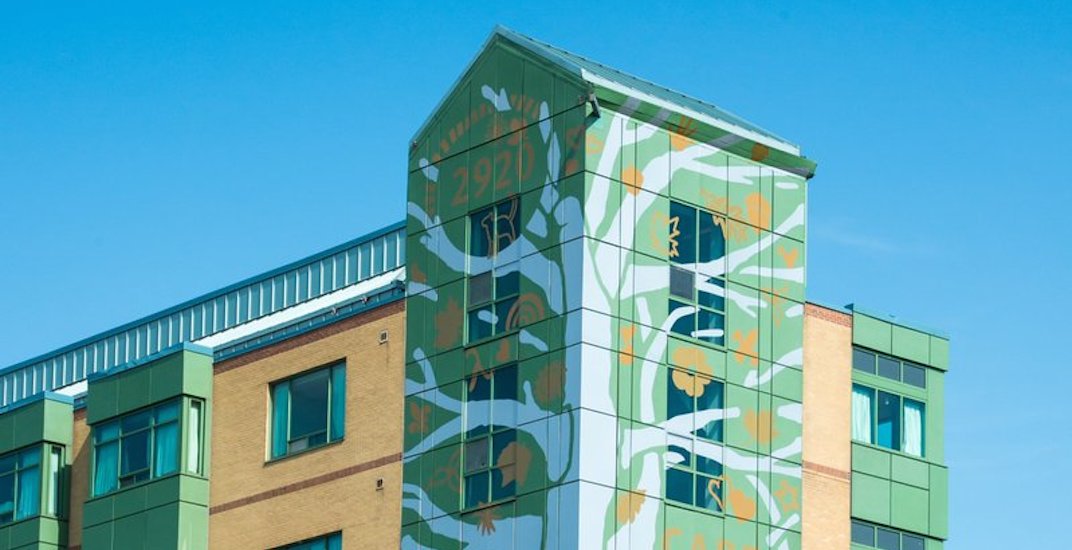 If one thing’s for certain, it’s that Toronto is known for its impressive street art and it just so happens that the City has unveiled a new public mural that’s definitely worth checking out.

On Thursday morning, city officials unveiled a massive new six-storey mural that covers an entire side of the Bendale Acres building, which is a long-term care home in Scarborough.

A wonderful six-storey-tall mural on the Bendale Acres building in Scarborough was unveiled at a ceremony today. #CityofTO news release: https://t.co/OqvWEurDfI pic.twitter.com/9KIgwe2WdW

The mural celebrates life and includes symbols like the fleur-de-lis, maple leaves, rainbows, hearts, acorns, music notes, peace symbols, various flowers and plant life, and fish – all surrounding a huge tree that stretches up the entire side of the home.

“It’s great to see initiatives like this one come to fruition, with a not-for-profit organization having brought local artists, youth and members of the senior population together to work collaboratively with City staff,” said Mayor John Tory.

“The result is an impressive public mural for the community to enjoy.”

Absolutely stunning mural unveiled today at the BendaleAcres Long-Term Care Home. Thank you to @VibeArtsTO for creating this beautiful, six story work of art that will be enjoyed by the residents at Bendale Acres for many years to come. @TorontosMayor @VIBEArtsTO @StART_Toronto pic.twitter.com/U3BvV7PsKW