If you’ve ever been strolling through Cabbagetown and wondered why the heck the neighbourhood is called Cabbagetown, this one’s for you.

Reddit-user etymologynerd shared an infographic on the website, mapping out the origins of many of Toronto’s major neighbourhood and street names.

According to the document, Cabbagetown is named as such because “Irish immigrants planted the vegetable in their yards.”

Further etymology includes that of Casa Loma (Spanish for “hill house”), Don Valley (from a river in England, named for a Celtic goddess), Kensington Market (after the Kensington district in London), and many more.

While there are a couple areas missing from the guide — commenters noted that Roncesvalles and Sorauren, both Napoleonic battlefields, aren’t found on the map — the depth and detail of the infographic is pretty dang cool.

Have a peek below to see if you can learn something new about your neighbourhood! 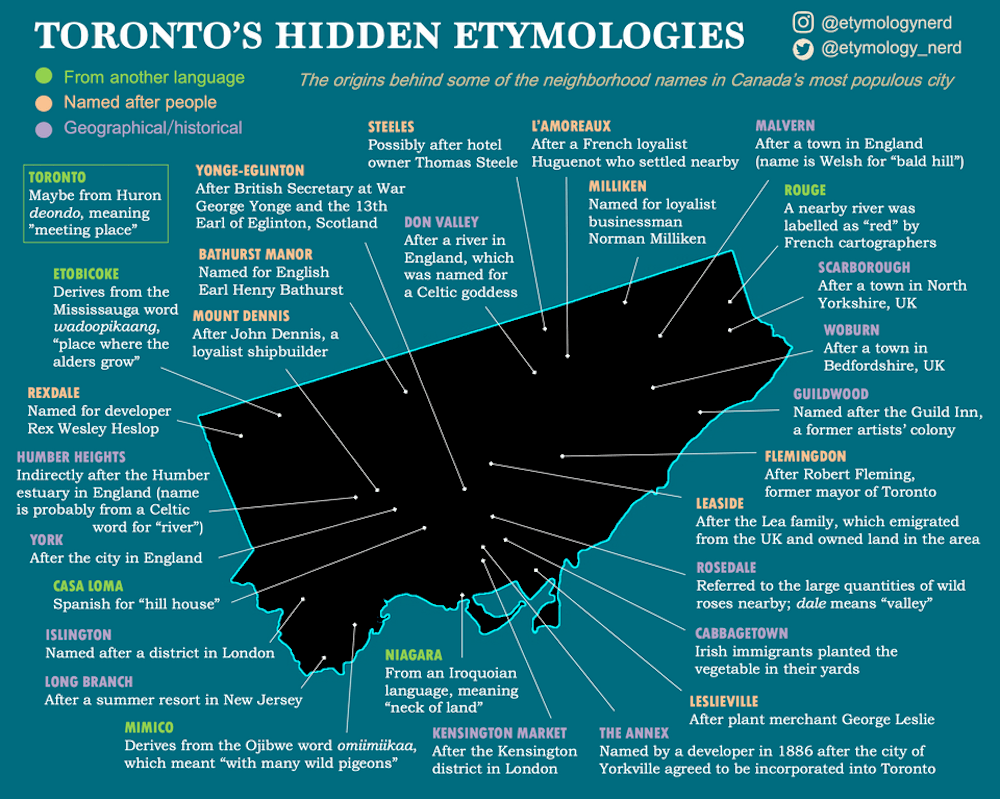