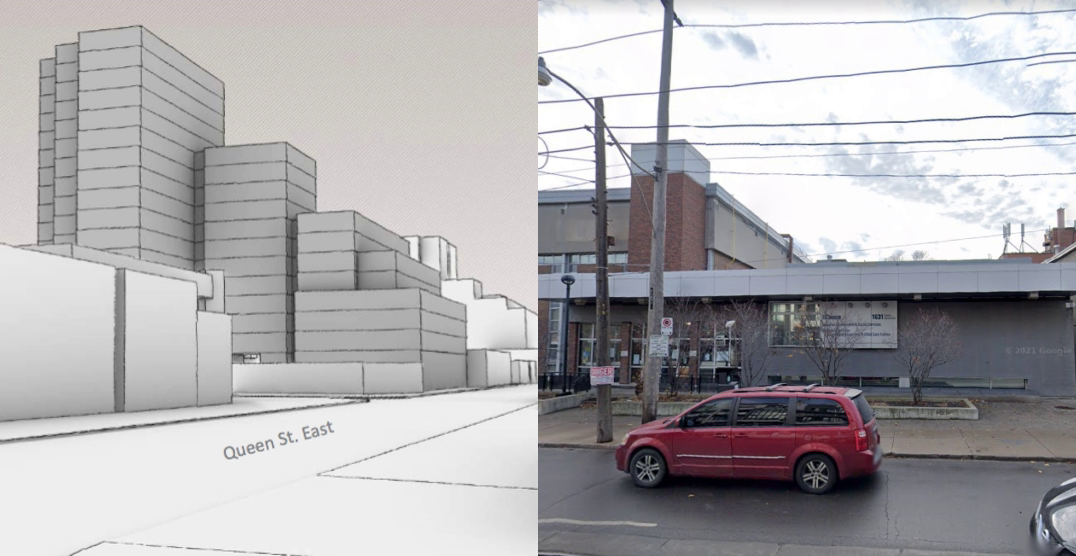 Hundreds have signed a petition demanding that the City of Toronto cut its plans for a residential tower down by more than half.

The petition, started by the Beaches Residents Association of Toronto, calls into question plans for 1631 Queen Street East. The City-owned property is currently occupied by a single-storey employment, children’s, and social services centre, but the City is looking to turn it into a mixed-use development with approximately 300 residential units.

According to City plans, roughly 150 of those units will be made affordable housing. There would also be a 10,000-sq-ft child care centre to replace the existing 4,000-sq-ft one. And 7,500 sq ft of the new building would be used for community or retail space, with 16,000 sq ft of outdoor publicly accessible space that “celebrates Indigenous world views, families, and history.” 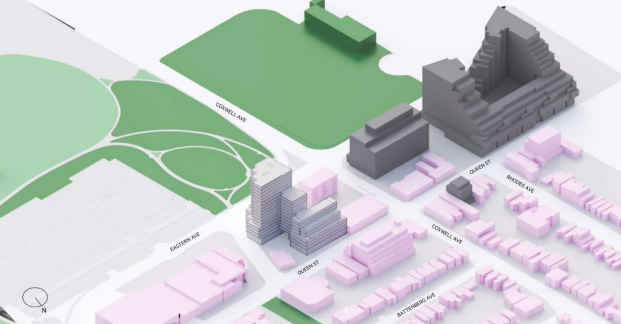 The petition takes issue with the building rising up 18 storeys, citing zoning on Queen Street not allowing for buildings over six storeys.

“If Eastern Ave., which has no height limit, is being used to justify the 18-stories, what street does the 12-storey section belong to?” the petition reads. “The planners have strategically referred to the 3 sections as separate buildings, yet all of them have the same Queen St. address.” 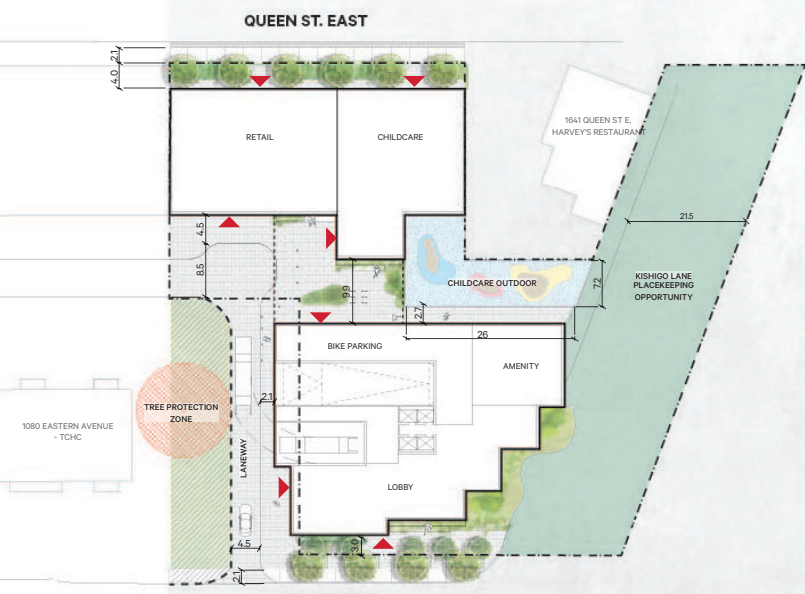 The petition calls for the entire building to be six storeys, for it to be 100% affordable, and for it to be made more dense.

“The density of this building, or Floor Space Index (FSI), is only 4.1,” the petition says. “Many six-storey developments on Queen have achieved an FSI of up to 4.7, making this 18-storey proposal less dense than existing six-storey buildings on Queen.”

To date, the petition has gathered just over 1,800 signatures.

According to the City’s timeline for this project, plans will be taken to the Planning and Housing Committee of City Council this winter.