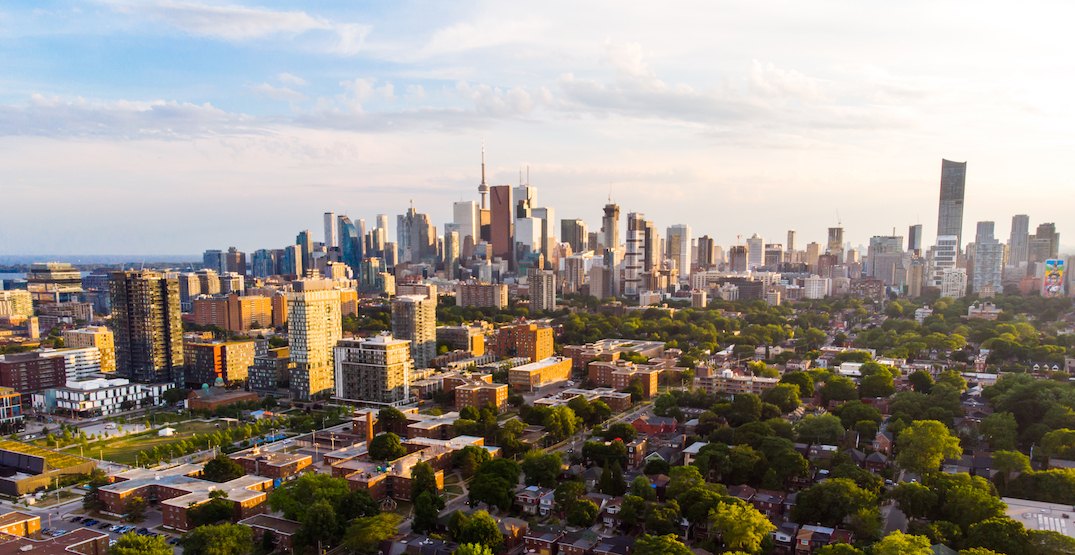 Rent prices in Toronto have been plummeting during the pandemic, and a new report says Toronto neighbourhoods have seen the biggest drop in the country, with one neighbourhood’s rents falling as much as 29%.

The report, put out by Rentals.ca and Bullpen Research and Consulting, found that Toronto still ranked second in the country for having the most expensive average rent for both one- and two-bedroom apartments, priced at $1,808 and $2,032, respectively.

Despite this, it was GTA’s neighbourhoods — largely dominated by Toronto — that led the country in the biggest year-over-year rent drops, securing every single one of the top 20 spots. This translated to $600 to $800 being shaved off rental prices per month than they were a year earlier in some areas, according to the report.

The largest drops were seen in South Riverdale, where rent went down on average 29% to a new low of $2,002.

East End-Danforth, Kensington-Chinatown, North St. James Town, Regent Park, Yonge-Eglinton, Mimico, South Parkdale, Waterfront Communities, The Annex, and the Church-Younge Corridor all had drops of 20% or more, which is above the 19.4% and 18.1% drops that Toronto as a whole saw on one- and two-bedrooms. 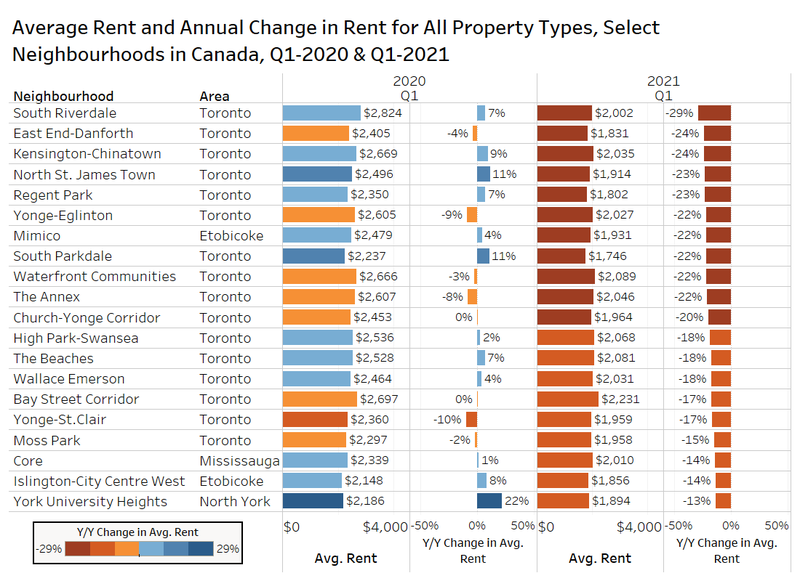 According to the report, 2,254 new Toronto rental apartment units were completed in the last four months of 2020, which were then added to the already flooded rental market and exacerbated the falling rental prices.

The report, however, also says that after renting prices across Canada experienced relatively little month-over-month change in February, it’s possible that they have hit their bottom. And with vaccines rolling out and lockdown conditions lifting in many areas, the rental market is expected to rebound.

So if you’ve been thinking about moving to a new Toronto apartment to take advantage of the rent drop, the next few months may be one of your last opportunities to do so.