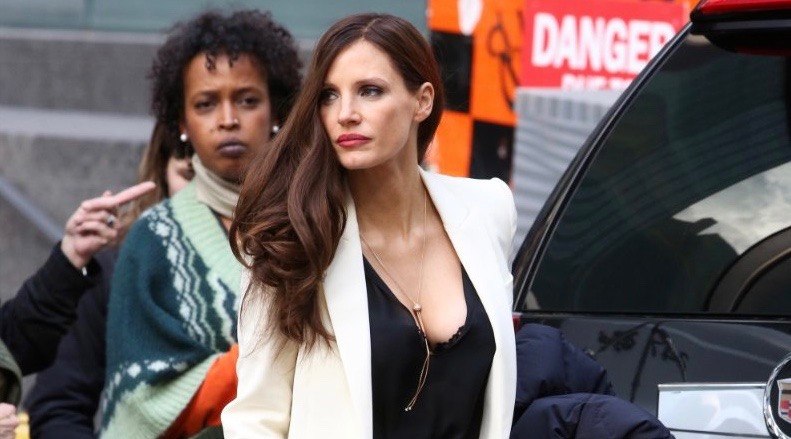 There’s never been a better time for entertainment, and now more than ever, Toronto’s producing the best of it.

The city’s tax breaks have recently surpassed those offered in Vancouver, and that means business is booming this month in Toronto.

Here’s a list of the coolest productions currently filming in the city.

Writer Aaron Sorkin’s directorial debut is Molly’s Game, a film about a woman’s descent into the underground poker world, and it wraps up shooting in Toronto this month. Sorkin, known for The Social Network, The West Wing, and The Newsroom, picked up the best and brightest in the business for his latest flick. This poker-crime film is set to star Jessica Chastain, Idris Elba, Michael Cera, and more. Keep your eye out for those familiar faces downtown.

Guillermo Del Toro’s horror-thriller series will continue scaring Torontonians for the next few months. So far we know that several scenes will be filmed in the Entertainment District, around Duncan Street and King Street West. Unfortunately, though, this is The Strain’s final season. Del Toro and LOST creator Carlton Cuse have called it quits. The series premieres some time early this fall.

The popular TV series 12 Monkeys, based on the ‘90s Brad Pitt film of the same name, finishes up shooting in the middle of February. Rumour has it the characters will both travel into their own futures and further back in time than ever before. Based on the series’ popularity, I suspect Toronto will see them again next year.

Anne, a TV series based on the 1908 Canadian novel Anne of Green Gables, premieres this spring on CBC, and later on Netflix. This is the second adaptation of the novel, as there was a long running, popular series in the mid-1980s. Anne’s showrunner and writer, Moira Walley-Beckett, previously worked on crime drama Breaking Bad. Here’s hoping some of that heavyweight’s magic rubs off on Anne.

Syfy’s series Killjoys sets up shop in Toronto for three months to shoot its third season. The space adventure drama earned itself high praise for its levity and strong acting performances, creating a cult fan base. Given season two’s cliffhanger ending, we recommend visiting the shoot to get some early answers to those burning questions.

The War with Grandpa – Feature Film

The War with Grandpa explores a young boy’s dissatisfaction sharing a room with his grandfather, and the different ways he can prevent this. The film, directed by Tim Hill (SpongeBob, Grumpy Cat), stars Robert de Niro, Christopher Walken, Eugene Levy, and speculatively Marisa Tomei. This family comedy is scheduled for an October 2017 release.

The series, based on the book of the same name by Canadian author Margaret Atwood, takes place in future-New England. The dystopian drama will star Mad Men’s Elizabeth Moss, Gilmore Girls’ Alexis Bledel, and Chuck’s Yvonne Strahovski. The series premieres April 26th on Hulu and will be shooting in Toronto for approximately 3 more weeks.