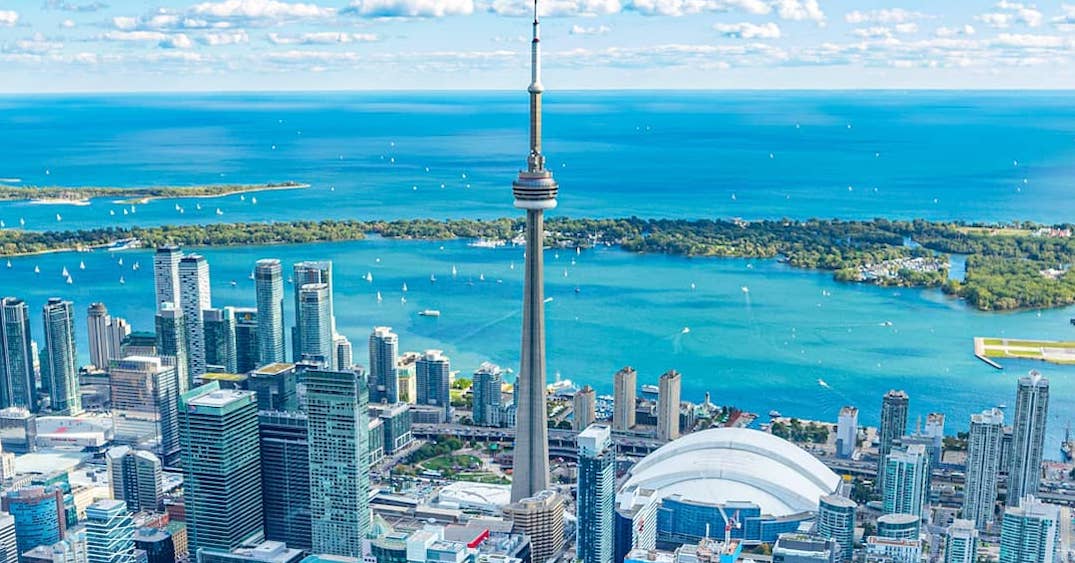 Welcoming around 5.05 million international visitors, Toronto ranked as one of the top destinations for North American travellers this year, according to Mastercard’s 2019 Global Destination Cities Index.

According to the report, Toronto’s international overnight arrivals stay an average of eight nights and spend an average of approximately $105 CAD a day.

The report also found that 79.7% of visitors were in town for leisure, while 20.3% were in the city for business.

The United States, Mainland China, and the United Kingdom were the top origin markets of international overnight arrivals in 2018.

Additionally, the report revealed Toronto is the second most popular global destination for overnight travellers coming from the United States. 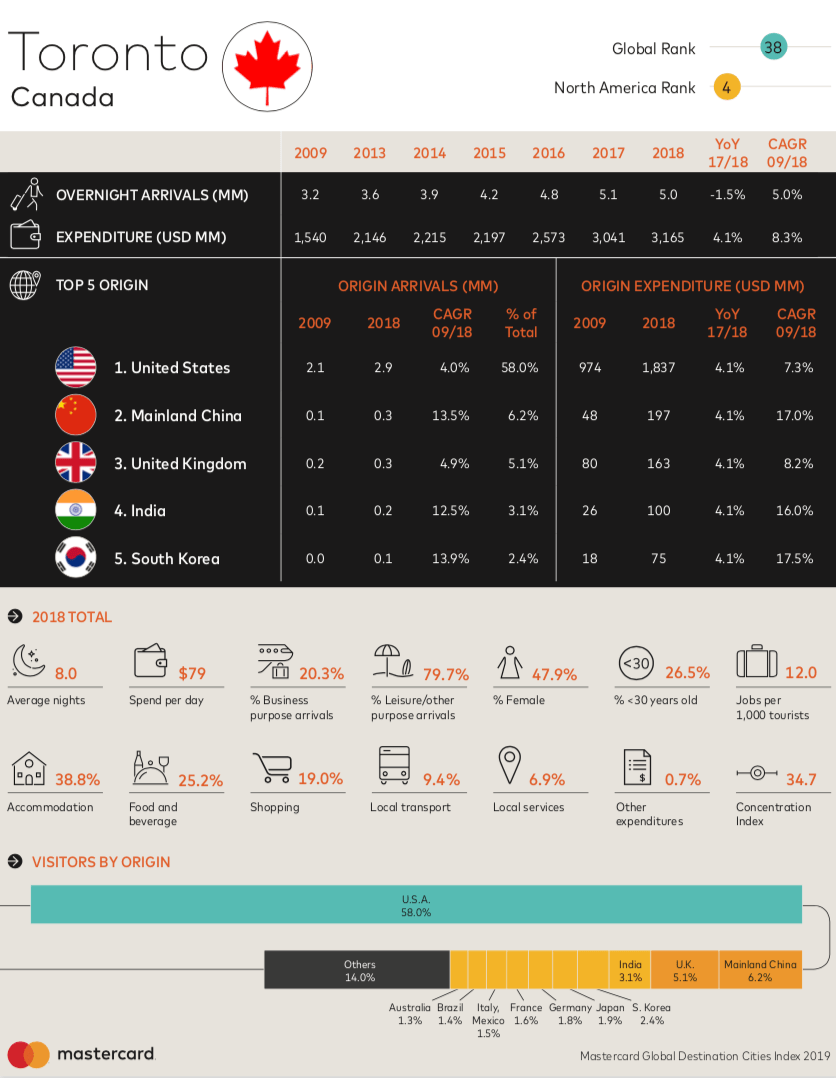