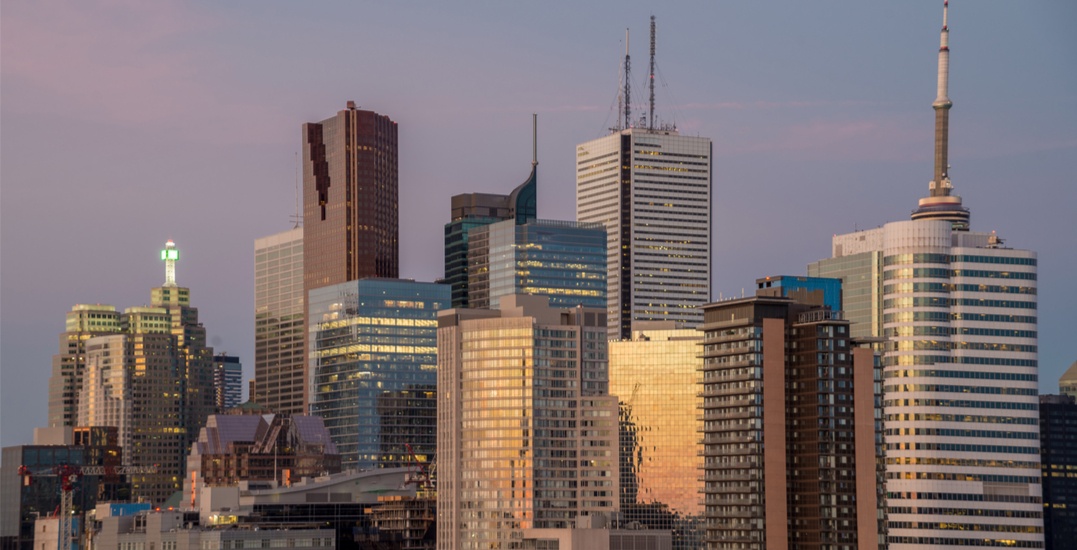 Toronto was ranked one of the world’s most innovative cities.

According to JLL’s Global Research team, their latest Innovation Geographies report “assessed over 100 cities worldwide to identify cities that have the strongest innovation ecosystems and depth of talent to support a vibrant innovation-oriented economy.”

With the rise of tech companies globally, governments are helping their cities by investing in them, and ensuring they’re part of a long-term growth strategy.

“So it comes as no surprise that technology, innovation and smartness are front and centre of the debate on the future of our cities,” said Jeremy Kelly Research Director, JLL, in the World Economic Forum.

“A wide array of research has shown that vibrant innovation ecosystems and deep talent pools within cities are key to boosting productivity, fuelling economic growth, and driving up living standards.”

The ranking, which came out earlier this year, looked at the top cities’ innovation and talent, and some were no surprises.

San Francisco leads the global innovation ranking, but what the research found was the rest of the top positions were spread across the world, and not necessarily concentrated on US cities.

Asian cities have a much stronger presence than they would have had, even a few years ago, according to Kelly.

Tokyo, Singapore, Beijing, and Seoul were all in the top 10.

And in Europe, London, and Paris were in the top innovative global cities, as well as the top talent concentration cities.

Here in Canada, Toronto made the top 20 innovation ranking, coming in at 17th. It’s the only Canadian city to make the list.

And while Toronto is top in innovation, it didn’t crack the top 20 talent concentration list. 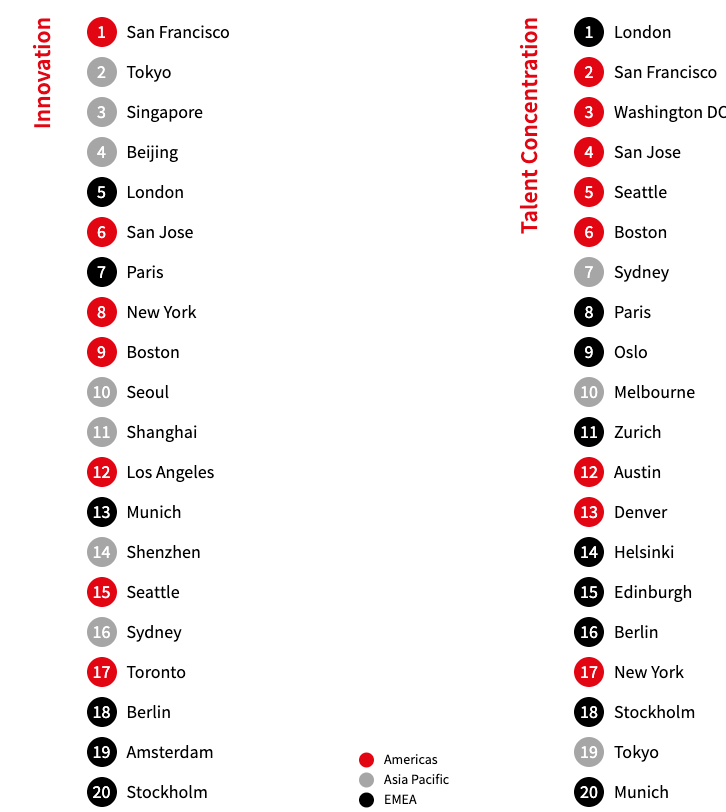 The JLL research also concluded that the top-performing cities have among the most dynamic real estate markets in terms of rental growth.

“Real estate is an active contributor to a vibrant innovation-based city economy, not just a consequence of it,” said Kelly.

“Real estate also plays a pivotal role in the development and operations of smart city initiatives, helping to boost transparency and improve sustainability, as buildings become smarter and more environmentally friendly. Real estate really is the heartbeat of a vibrant innovation-oriented city.”

While JLL didn’t rank Toronto for its talent, Toronto’s tech sector remains on the rise, and it’s currently outpacing the likes of major North American tech hubs including the Washington DC, New York, Austin, and Boston, according to a CBRE report.CBRE’s latest Scoring Tech Talent report revealed that Toronto has risen to become North America’s top third market for tech talent, following the likes of the San Francisco Bay Area and Seattle, respectively.