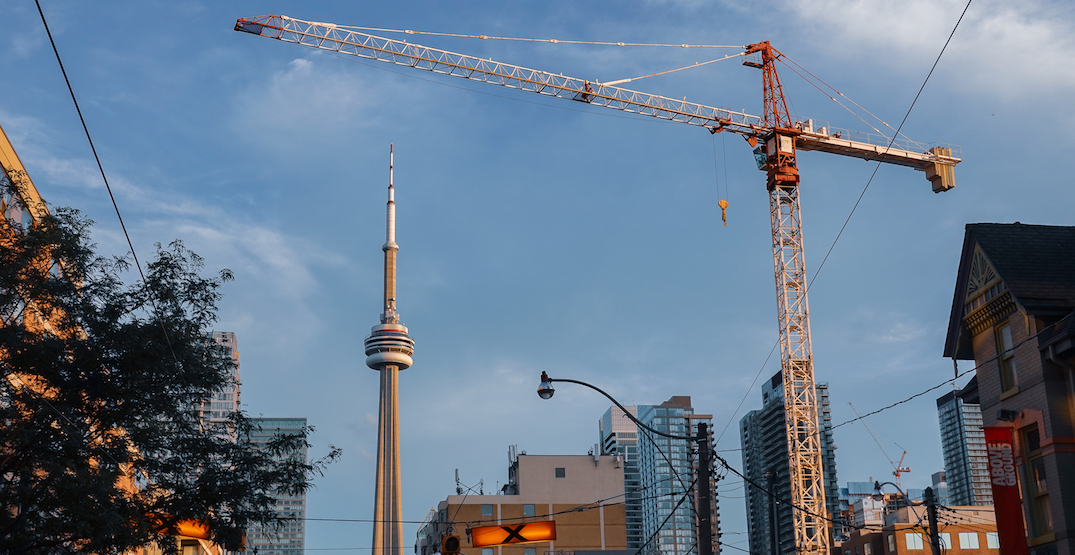 Cranes have almost become part of the Toronto skyline at this point — you see them just about everywhere you look.

And as it turns out, not only does Toronto have significantly more cranes than any other city in North America, but that number is continuing to grow.

A recent report from international property and construction consultancy firm Rider Levit Bucknall (RLB) measured the number of cranes across major cities in North America. Toronto came out on top, being home to 43% of all cranes. The next closest cities are Los Angeles, Seattle, and Washington, DC, each with 9% of the total cranes.

The number of cranes in Toronto grew by 84 since RLB’s last report in September 2020 — a staggering 68% increase.

According to the report, Toronto had 20,000 condominium starts in 2020 alone, which accounted for the majority of the cranes. But there’s also been a noticeable increase in commercial and mixed-use developments throughout the city.

“These projects had been slated for the past few years and were not impacted by the economic slowdown caused by COVID,” the report reads.

The influx of Toronto residents moving out of the city during the pandemic, however, has reportedly lowered the demand for new housing developments.

“In the near term, this could mean a drop in condominium construction starts,” the report reads. “Another possible consequence of COVID is a shift toward permanent remote working, which may lessen the demand for commercial office space.”