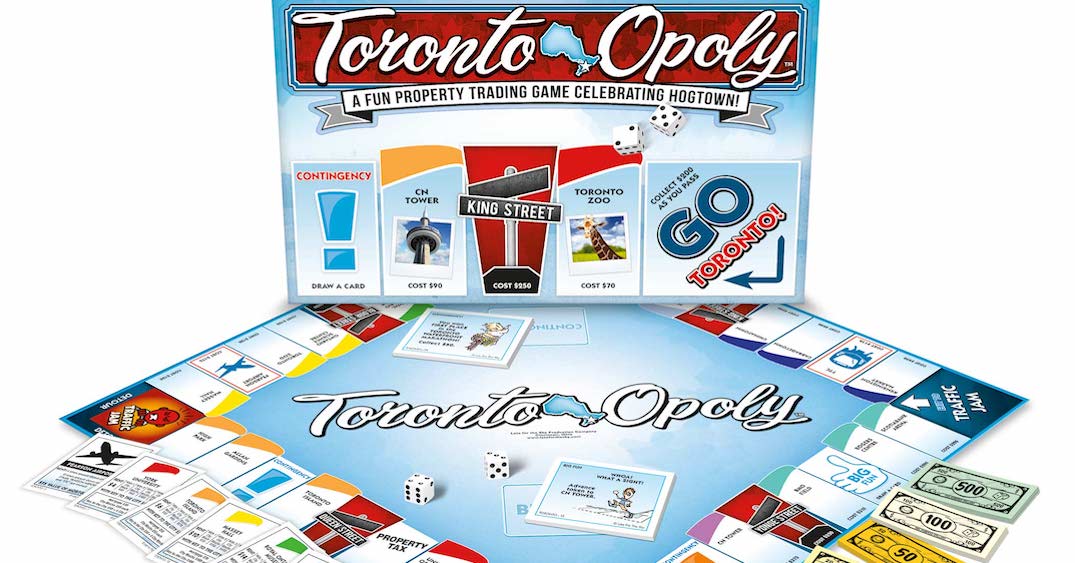 There’s nothing quite like ending a friendship over a game of Monopoly.

And now you’ll be able to do just that with a new limited-edition board game called Toronto-Opoly that lets players take on Canada’s largest city.

Created by Outset Media, in partnership with Walmart Canada, Toronto-Opoly hit the shelves this summer and features some of the city’s most iconic landmarks. 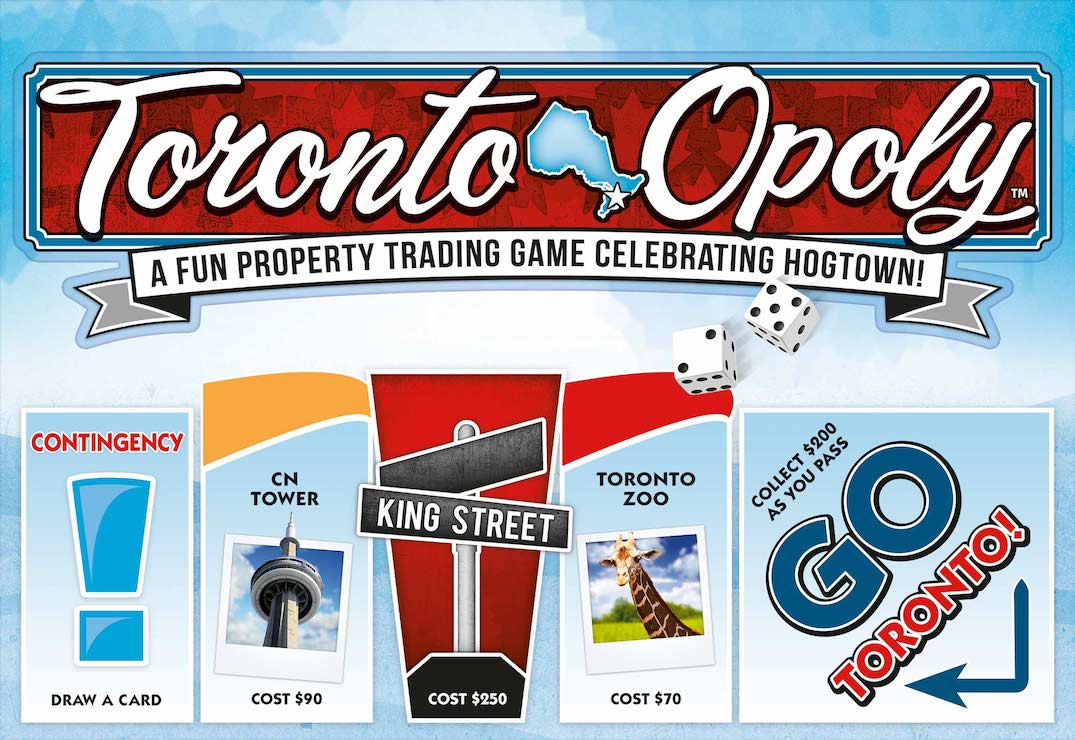 The game takes a distinctively Toronto-spin on the classic game of Monopoly where the properties and places are Toronto staples including the Casa Loma, Scotiabank Arena, Nathan Phillips Square, the Hockey Hall of Fame, CN Tower, and many more. 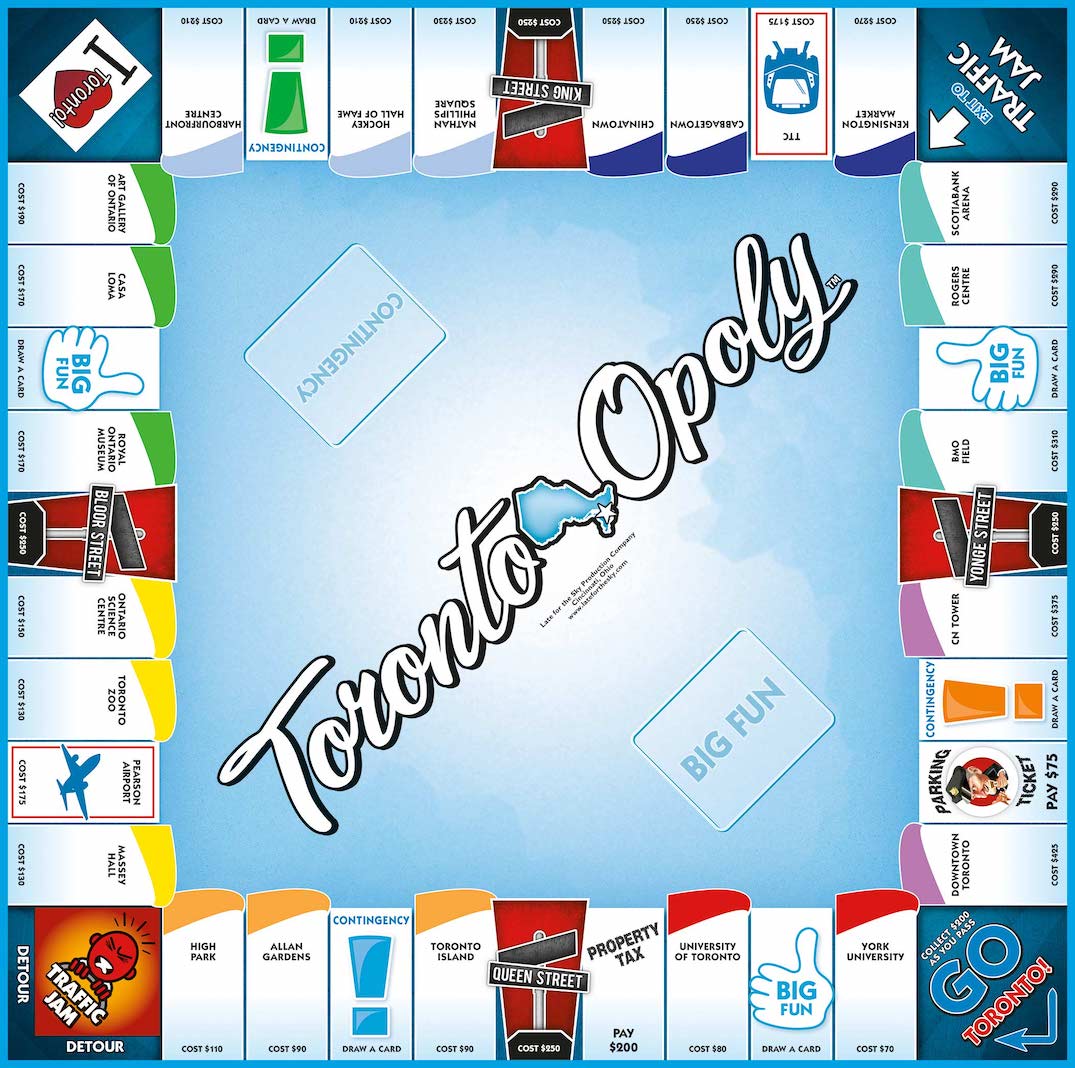 The board game retails for $29.93 and is available at six Walmart locations in Toronto.

So, roll the dice and take a whimsical tour of Toronto as you move your game token around some of Hog Town’s most iconic streets, avenues, and landmarks. 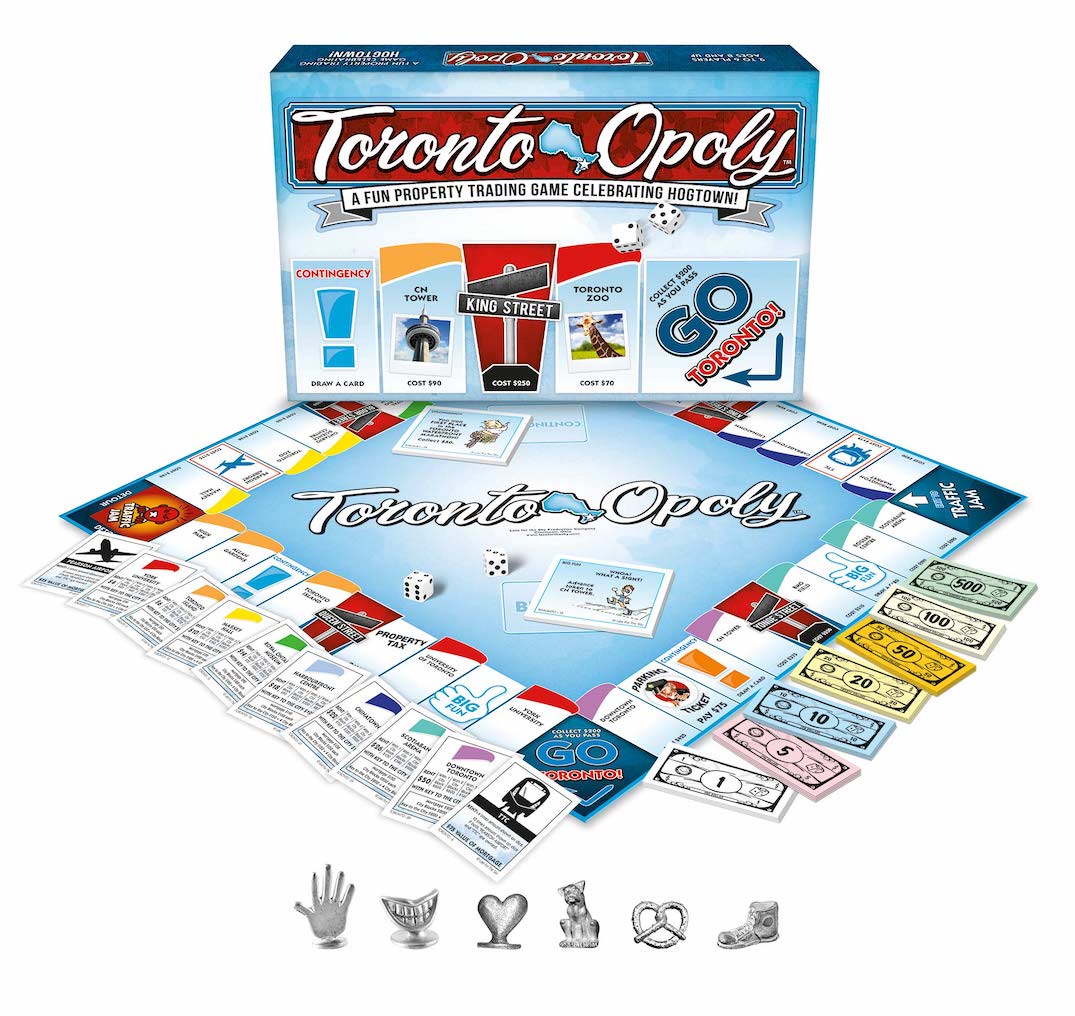