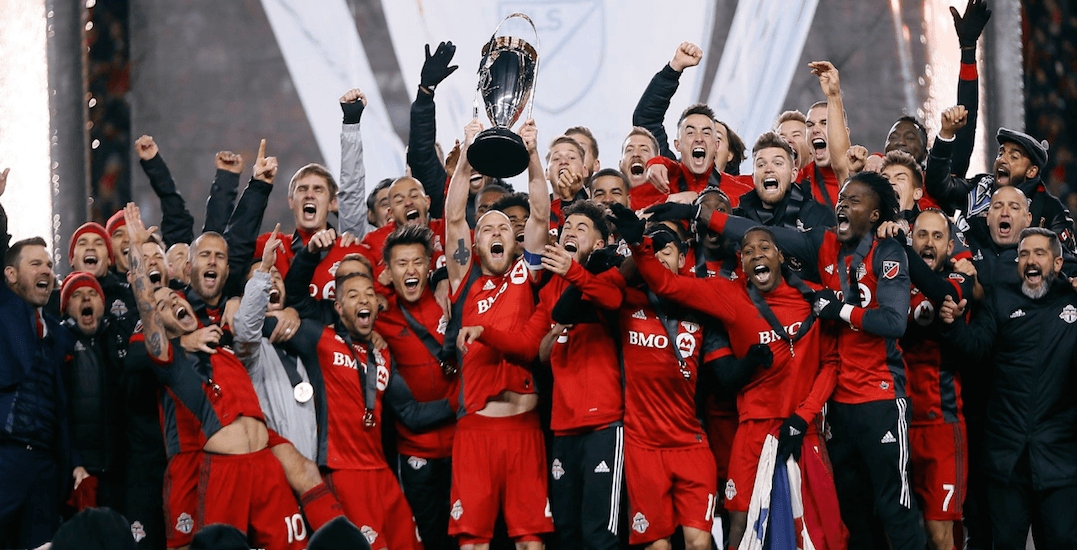 Following in the wake of the Toronto FC’s triumphant MLS cup win over Seattle, Mayor John Tory has declared that Monday, December 11 is ‘Reds Day’.

Tory took to Twitter on Sunday to share the news and asked for everyone in the city to wear red to show their support, pride, and appreciation for the team.

Proud to proclaim Monday as Reds Day in Toronto! Encouraging everyone to wear red to celebrate our @TorontoFC. #MLSCup #TFCLive pic.twitter.com/J3B8QIUntT

Monday also marks the MLS Cup Championship Parade, which kicks off at Maple Leaf Square at 11:45 am. A double-decker bus will take the team past Union Station on Front Street, before heading north on Bay Street to Nathan Phillips Square by 12:30 pm.