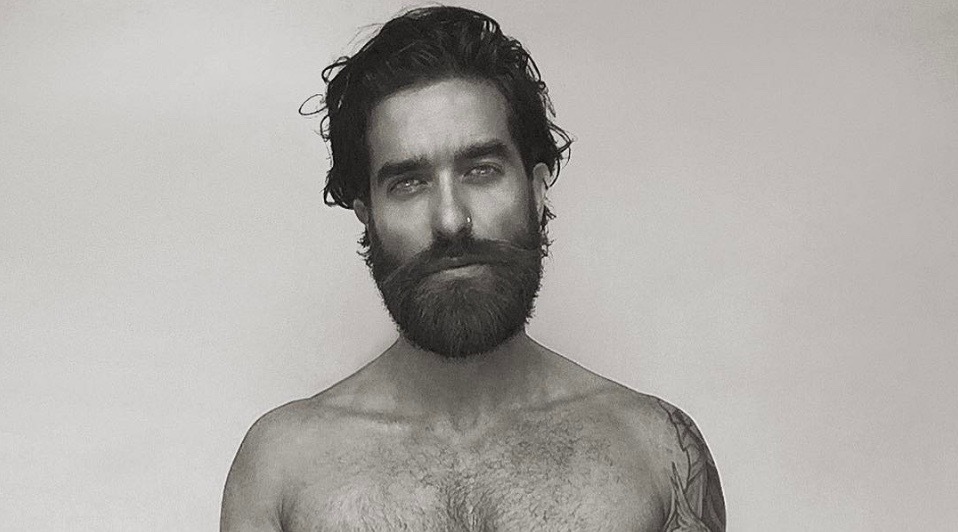 And it just so happens, Toronto is home to a number of talented male and female models who know a thing or two about the ‘Gram.

For instance, there’s Coco Rocha, whose feed you can follow for fierce poses and witty captions, or Paolo Roldan’s, who will give you a welcomed mix of behind the scene snaps and streetwear looks. You might say there’s a model for everyone on this list.

So if your feed is in need of some fresh new faces, make sure to give these Toronto models a follow.

Proud to help @maisonogilvy celebrate 150 years of history! Check out the new campaign with my boy @seanopry55.

When she’s not walking in designer runway shows including Chanel, Versace, and Dior, Coco can be found gracing covers of international fashion magazines, and working on her new fashion line Co + Co.

This Toronto-born model is no stranger to the spotlight. He’s not only worked with world renowned designers and graced the covers of international magazines like GQ, Details, and Men’s Health, he also played Taylor Swift’s love interest in her 2012 hit We Are Never Ever Getting Back Together.

Mississauga native Chantelle Brown-Young (Winnie) had her big break when Tyra Banks discovered her online and had her try out for America’s Next Top Model. Since appearing on the show, she has been the face of a number of fashion campaigns, landed a cameo in Beyonce’s hit Lemonade, and was even a member of Queen Bey’s squad at the recent MTV VMAs.

This Toronto model is known for his enviable beard and rugged good looks, which is why it’s no surprise to see his impressive Instagram following. Search his name on Insta and thousands of his re-posted modelling photos will show up from his followers.

This stunning Toronto model was actually discovered while working at a local East Side Mario’s and you can now find her on pages of international fashion magazines. Her feed is a mix of behind the scene selfies showing off her perfectly sculpted cheekbones, high fashion runway looks, regular appearances from her model friends and family members, and her travel snaps.

Thank you @therealphilliplim for the awesome jacket 🙏🏾❤️ 📷 by @halahunny

Paolo’s impressive resume that includes working with designers like Givenchy and Armani wasn’t the only thing to catch our attention. What stuck with us the most is how effortlessly cool he always seems to look — from cuffing his pants at the ankle to show off his socks or military-style boots to pairing a worn-in denim jacket with army pants. He is a street style photographer’s dream and will be a great style addition to your Instagram feed.

At 32-years-old, Toronto-based Daria has had an illustrious career and is most known for being the face of Lancome Paris. Over the years she has also worked with Hermes, Yves Saint Laurent, Céline, Missoni, Diane von Furstenberg and many other names in haute couture. Her account is a happy balance of day-to-day looks, her world travels, and behind the scene snaps of her and her famous model friends.

Carlton is a talented up and coming model who is currently living and working in New York City. Known for his long, blonde hair and athletic build, Carlton is a true outdoorsman and an avid snowboarder, dirt biker, and boater.

With those cheekbones and those lips, it’s no wonder Zoe is one of the most talked about models in the industry. At just 20-years-old, Zoe has already walked in high fashion shows in Paris and Milan and has walked for the likes of Prada, Rochas, and John Galliano. Her feed chronicles her adventures of modeling, traveling, and spending time with her family and friends.

Barrett Lucak is no stranger to the Toronto fashion scene and after breaking into the modeling scene back in 2012, he has walked in numerous Toronto Men’s Fashion Week shows, graced the cover of NORD magazine, and has been the face of numerous campaigns for Teknion, Kollar Clothing, and Guess Jeans.

Malik had his break after sending in photos to modeling agency Elite, and the rest, as they say, is history. Shortly after, he became an internationally recognized face for Abercombie & Fitch and has modeled in campaigns for Harry Rosen, Rue 21, Net-a-Porter, Kit & Ace, Lululemon, and Kenneth Cole.

This born and raised Ontario girl is a natural blonde whose known worldwide for her “doll face,” captivating runway walk, and delicate beauty. At 30-years-old, Stam has already had a career that many models can only dream of and has walked in countless shows in New York, Milan, and Paris for Chanel, Givenchy, and Christian Dior and has been the face of numerous campaigns for Bulgari, Dior, Lanvin, and Escada. Give her a follow if you want an inside look at how one of the most talked about names in the fashion world spends her downtime.