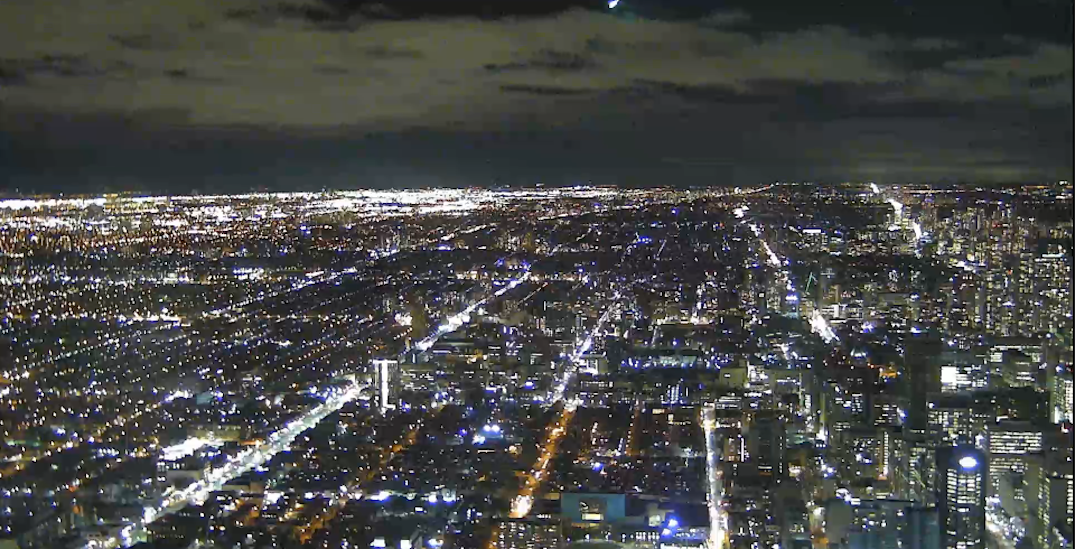 Meteor can be seen at the top of the photo, as captured by the CN Tower (CNTower/Earthcam)

If you looked up and saw what appeared to be a fireball in Toronto’s skies last night wasn’t Santa making his way to the city, it was a meteor.

Many Torontonians saw the meteor in above Toronto around 9:15 pm on Thursday night, and there are up to 33 reports so far listed through the American Meteor Society.

Hey #Toronto & Southern Ontario, did you see the #meteor #fireball that passed over the city around 9:15 tonight? Report it to the AMS, so we can get it in the fireball reports!https://t.co/pNpBaV4KqJ #SOnt pic.twitter.com/ayM2V0O7uw

Did anyone else see the meteor around 9:15 tonight around St.Clair and Victoria Park in Toronto? It was burning up fast but still looked like it had some mass before it fell behind some buildings. #meteor #Toronto

#meteor
Just saw a BIG beautiful meteor that was seen from Toronto to NC . Pretty cool 😁

Meteor over Toronto tonight – very cool and seemed super close!! It was 9:15pm as we were at the intersection of Bathurst and Sheppard – noticed it had a bluish green tinge and then it fizzled out!!!@CTVNews @CTVToronto

And through the AMS, reports seem to be scattered around the GTA, from as north as Richmond Hill, all the way to Mississauga. 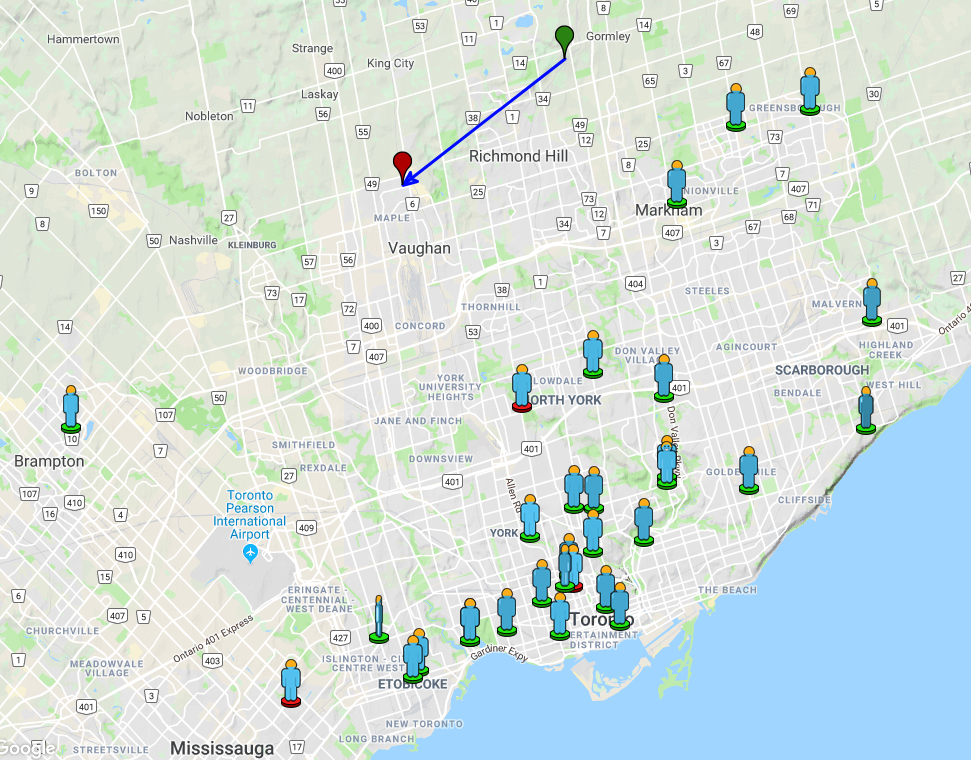 Did you catch this fireball?