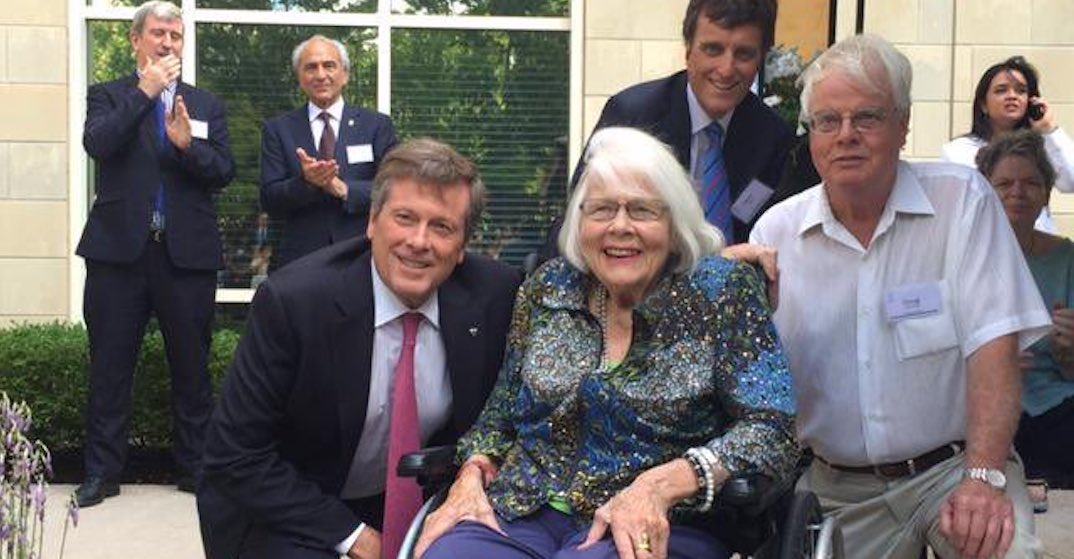 “We are greatly saddened by the death of June Rowlands, who blazed a trail through our city’s politics and was one of Toronto’s greatest supporters and champions,” said Mayor Tory. “We are thankful for June’s service to our city and her ability to get things done. I know that she will be greatly missed.”

Tory said that Rowlands was a strong representative of her North Toronto community and that it’s “fitting that Davisville Park was renamed June Rowlands Park in 2004 to honour her work.”

During her many years in public service, Rowlands was passionate about issues such as child care, affordable housing, modernizing fire services and promoting Toronto as the economic engine of Canada.

“Losing a loved one is never easy, especially at Christmas, and I again extend my condolences to June’s family and friends at this time,” said Tory. “They should know that her service to our city is tremendously appreciated and that she will be missed.”