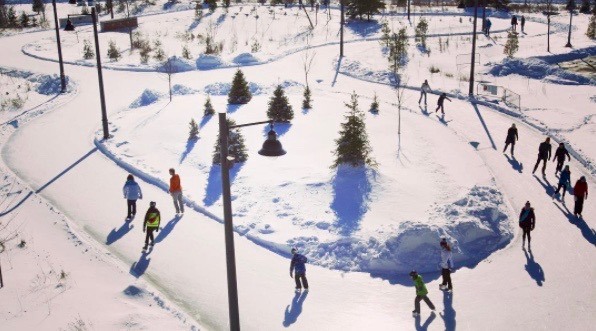 If you’ve secretly been hoping to lace up your skates and hit the ice with the Mayor of our fair city, this is your weekend to do it.

Join me this Sunday for the 2017 edition of the Mayor’s Winter Skate Party. 1-3pm at Colonel Samuel Smith Park in Etobicoke. pic.twitter.com/9KTj8daM9U

The family event will give the public a chance to celebrate the new year with the Mayor and some members of city council. There will be free skate rentals, games, music, and special appearances by Toronto Maple Leafs alumni as part of Maple Leaf Sports & Entertainment Winter Week festivities.

Pull out that Leafs jersey, and lace those skates up. And make sure you also layer up, it’s supposed to be a cold one!