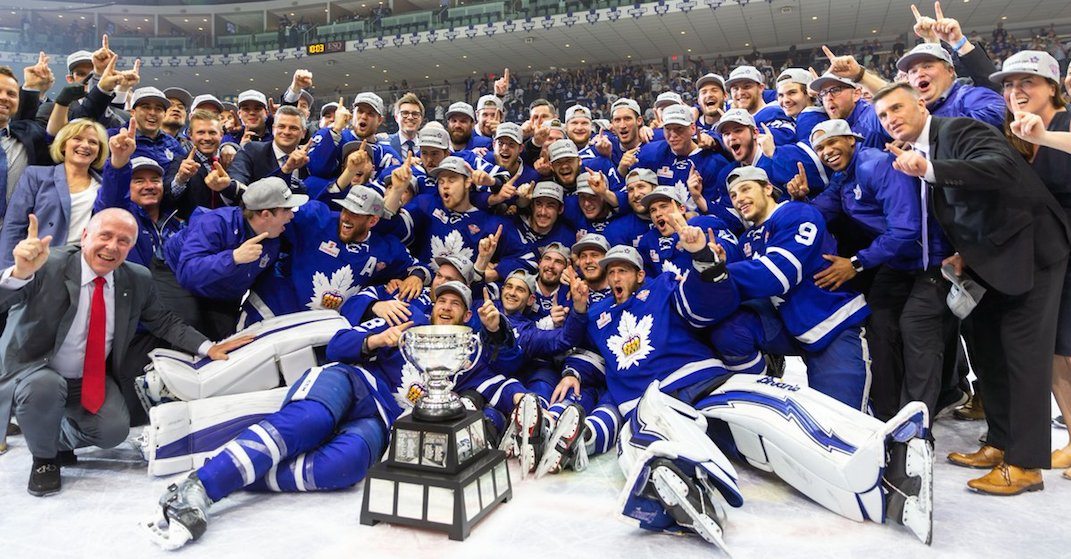 In a Game 7 win against the Texas Stars, the Marlies made their cup dreams become a reality as they crushed the Stars 6-1 in front of a home crowd at Ricoh Coliseum.

Andreas Johnsson and Mason Marchment racked up two points each, while Ben Smith also found the back of the net to power the Marlies offense.

Marlies’ goalie Garret Sparks, who was named the game’s first star, made 29 saves, while Stars’ goalie Mike McKenna made 40.

This is the Marlies first cup win since moving to Toronto at the beginning of the 2005-06 season, which put an end to Toronto’s 51-year pro hockey championship drought.

Fans can celebrate with the Marlies on Saturday, June 16 at 1 pm outside Ricoh Coliseum.