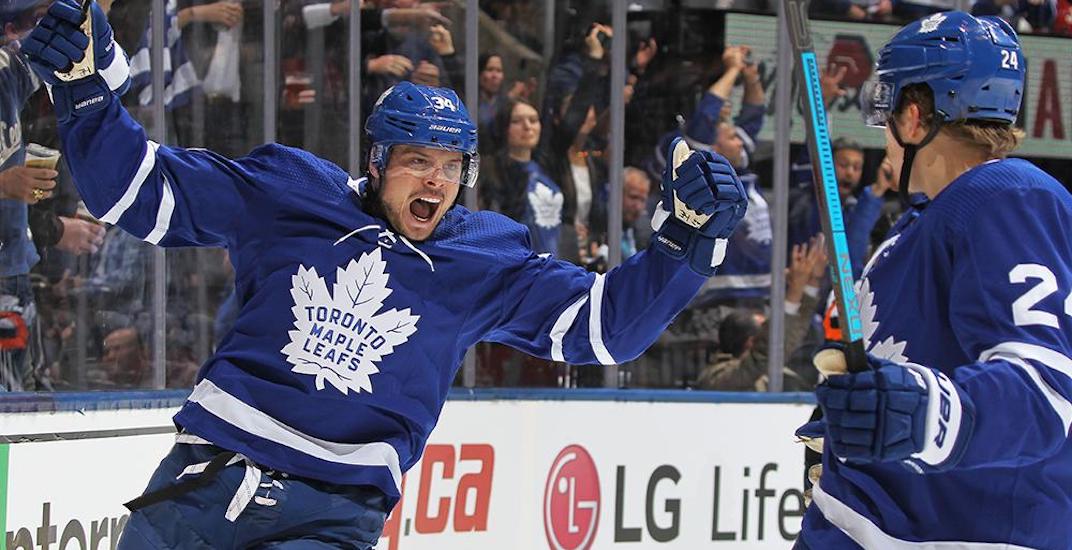 After 41 games, it’s safe to say it’s been quite the up-and-down season for the Toronto Maple Leafs. We’ve seen the firing of Mike Babcock, a six-game losing streak, a six-game winning streak, and just about every opinion imaginable about a star-heavy lineup.

But as the dust settles heading into the new year, the Leafs are still in a pretty solid position: second in the tough Atlantic Division, and now much more likely to make the playoffs than not. As such, it seems like as suitable a time as any for a mid-season report card ranking.

Here’s a look at how every Leafs regular has fared so far: 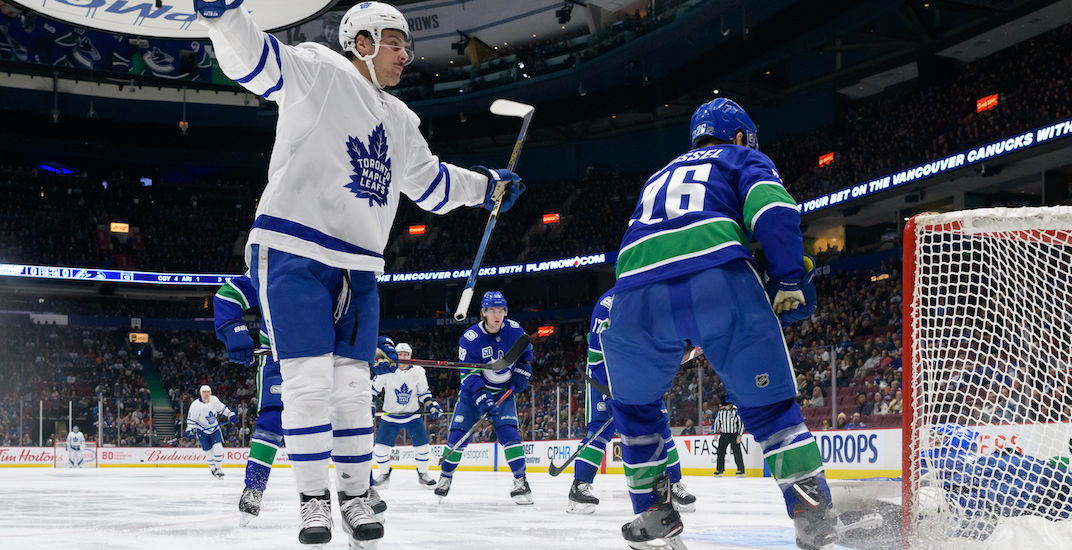 Eleventh in league scoring with 48 points and second in goals (27), Auston Matthews has been the team’s best player. He’s on pace to tie the Leafs’ record for most goals in a season and has posted the best possession statistics of his career with a 56.1% Corsi For percentage.

Mitch Marner started the year with just four points at 5v5 through 19 games, but has put up 13 in his last 11 games to counter-balance a slow start. Although an ankle injury put him out for about a month, Marner’s recent spike in production has put him 12th in the NHL in points per game.

After an up-and-down 2018-19 marred by an ugly contract dispute, William Nylander sits exactly where he should be expected to be: fourth on the team in scoring. His 17 goals are just five off of a career-high, while he’s shown the ability to produce alongside both Tavares and Matthews.

A free agent signing in July, Jason Spezza has come through for the Leafs in several key situations this year. To go along with his five goals (mostly scored on the fourth line), he’s also added eight primary assists in his 29 games in the lineup.

It’s a shame that Zach Hyman’s dealt with an ACL injury that kept him out the first two months of the season, but he’s been an absolute force while in the lineup. He’s doubled his points per game pace from 0.34 in his rookie year of 2016-17 to 0.68 currently, albeit in a smaller sample size, while the Leafs are 13-8-1 with him in the lineup, and 9-6-4 without.

Out of the lineup since December 6 with a leg injury, Andreas Johnsson’s put up six goals and 10 assists through his 30 games.  He’s been passable and overall a great success story from a seventh-round pick in 2014, but mostly has been just alright as the team hasn’t really felt his absence at all.

Often described by “really fast but not much else,” Kasperi Kapanen scored just one goal in 13 December games, while scoring just once in nine games to start the season. A strong second half of the season could see Kapanen become a 20-goal scorer once again, but he hasn’t had nearly as dynamic a year as many had hoped.

Frederik Gauthier plays less than 10 minutes most nights and starts almost all of his shifts in the defensive zone, but his lack of offensive talent makes it hard to get too excited about him.

In Alexander Kerfoot’s first season as a Leaf, he’s found himself playing all throughout the lineup: as both second and third line centre, as well as a brief experiment on the top line as left wing. He’s been fine, not bad by any stretch of the word, but his production (15 points in 36 games) has dipped slightly below his 42-and-43 point seasons in Colorado.

Dmytro Timashov was expected by almost nobody to crack the roster to start the season, and is likely having the time of his life in his rookie year. But he hasn’t shown anything much that designates him away from being just another body in the lineup, and could very well see this season as the most amount of time he spends as a Maple Leaf. 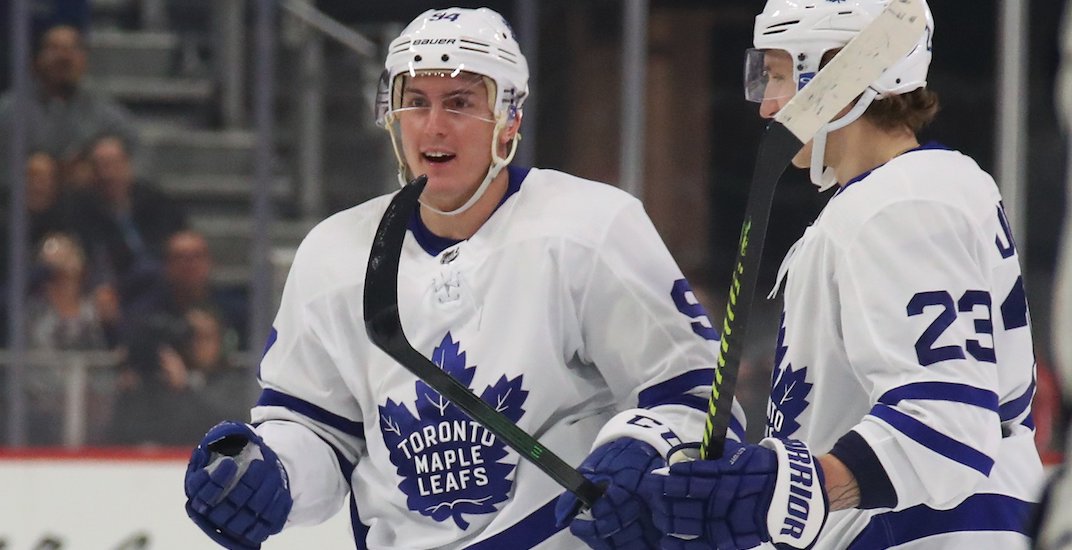 Tyson Barrie sits seventh in team scoring, and his addition to the top power play unit has revitalized a stagnant group. But a rough first half of the season to date (coincided with the coaching tenure of Babcock) brings his overall grade down, including an 18-game stretch where he registered just one assist.

After putting up point totals that saw him place fifth in Norris Trophy voting last season, Morgan Rielly’s offensive game has fallen back towards previous career averages. Having scored three times this season as opposed to last year’s 20, Rielly’s boom-or-bust style of play hasn’t been as attractive this season as he’s often on the wrong side of ugly goals against.

A broken foot has sidelined Jake Muzzin for a month or more, which hurts the Leafs in what had been a pretty solid campaign for him to date. He appeared to be battling another undisclosed injury for a couple weeks, but hopefully time to rest can allow the physical defender to get back to his game once he returns.

Cody Ceci still is too often seen getting turnstiled by an opposing forward, making a poor breakout pass of his zone, and contributing very little on the offensive side. You won’t find many disagreeing that he’s the team’s weakest regular defenceman.

The biggest knock on Travis Dermott is he doesn’t provide a ton offensively. He also doesn’t play a ton either, ranking sixth in ice time among defencemen on the team. In his third-pairing role, he’s performed admirably, but many wonder if he’ll ever get a full-time shot as a top-four defenceman.

In his first full NHL season at age 26, Justin Holl has been arguably Toronto’s best defensive player. He recently signed a three-year contract extension at $2 million per season, an incredible turnaround from a season ago where he spent 70 games in the press box. 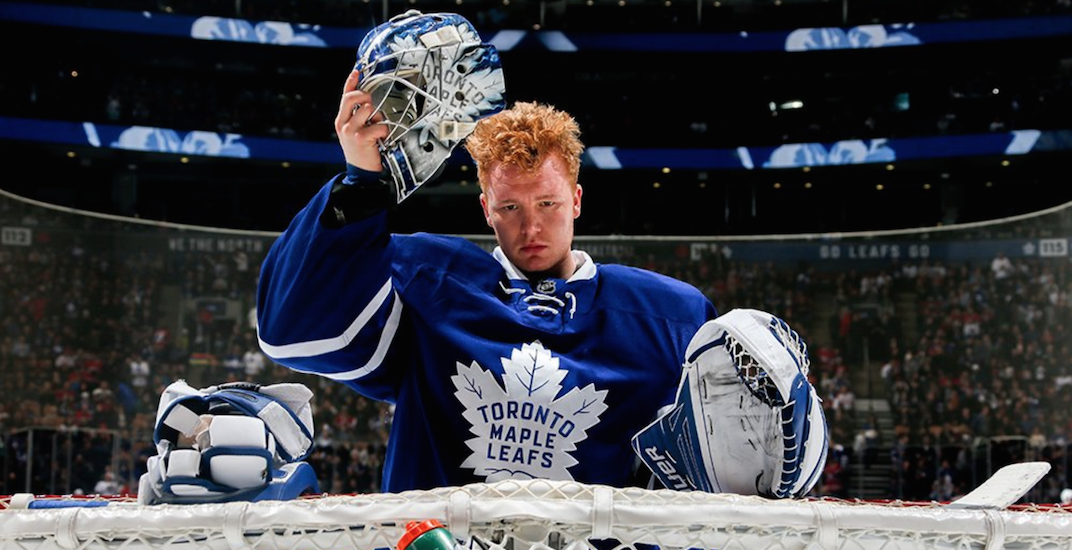 Frederik Andersen is about as consistent as they come when it comes to starting goalies in the NHL, being named to the All-Star Game on the strength of a .915 save percentage to support his 20-8-1 record. There’s been a few blips along the way, but Andersen has given the Leafs the opportunity to win nearly every night this season.

Someone’s got to get a failing grade, and it’s clear that Michael Hutchinson is the team’s weakest link. He has hit over a .900 save percentage in exactly one of his eight starts this season, and has registered just two wins (over New Jersey and Detroit, both in the league’s basement.)