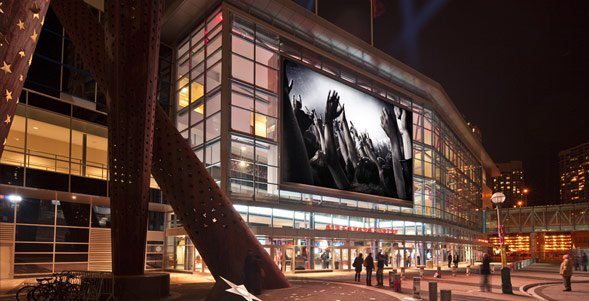 Shortly after a horrific van attack took place in Toronto, Mayor John Tory and Toronto Police Deputy Peter Yuen made an official statement regarding the incident.

The event took place at the intersection of Yonge Street and Finch Avenue on Monday, April 23, at approximately 1:30 pm, leaving nine people dead and 16 others injured.

They’ve announced that the following areas will be closed for tonight’s sporting events:

The Toronto Maple Leafs and MLSE are keeping all of those impacted by today’s tragic incident in Toronto in our thoughts and prayers. Our organization continuously works in close partnership with Toronto Police Service, and other security agencies, to ensure the safety of all fans attending games at Air Canada Centre, including playoff tailgate events at Maple Leaf Square. In addition to the safety measures already in place, Toronto Police Service will be implementing a number of additional measures including road closures surrounding Air Canada Centre tonight to create the safest environment for our fans watching in Maple Leaf Square, as well as providing enhanced security inside Air Canada Centre.  For more information about road closures, please visit the Toronto Police Service web site.

Our thoughts are with all of those affected by today’s tragedy. We stand with the City of Toronto during this difficult time.

Both announcements come with the start of a playoff game between the Toronto Maple Leafs and the Boston Bruins. The Toronto Maple Leafs will be playing at the Air Canada Centre starting at 7 pm in game six of the first round of the Stanley Cup Playoffs. The Bruins currently lead the best-of-seven series three games to two.