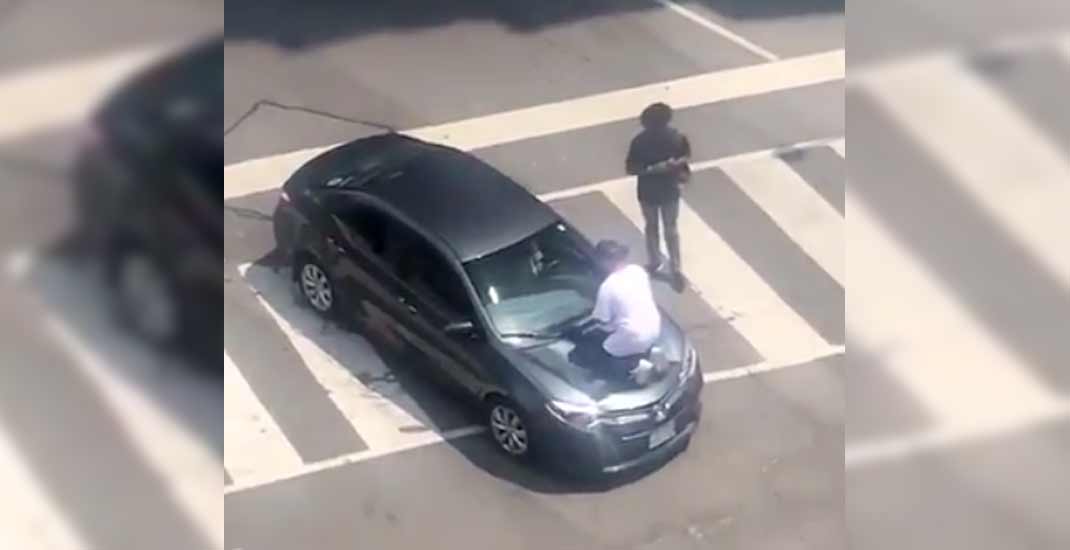 A man has been arrested after a video posted on Twitter showed him repeatedly stomping on an occupied vehicle in a busy downtown intersection Monday afternoon.

The incident took place in the middle of Peter Street and Richmond Street around 1:20 pm.

In the video, the man can be seen screaming at pedestrians and repeatedly stomping on the hood and the roof of a dark grey vehicle, causing damage to the stopped car.

Toronto police confirmed the situation to Daily Hive, adding that the man was arrested following the incident.