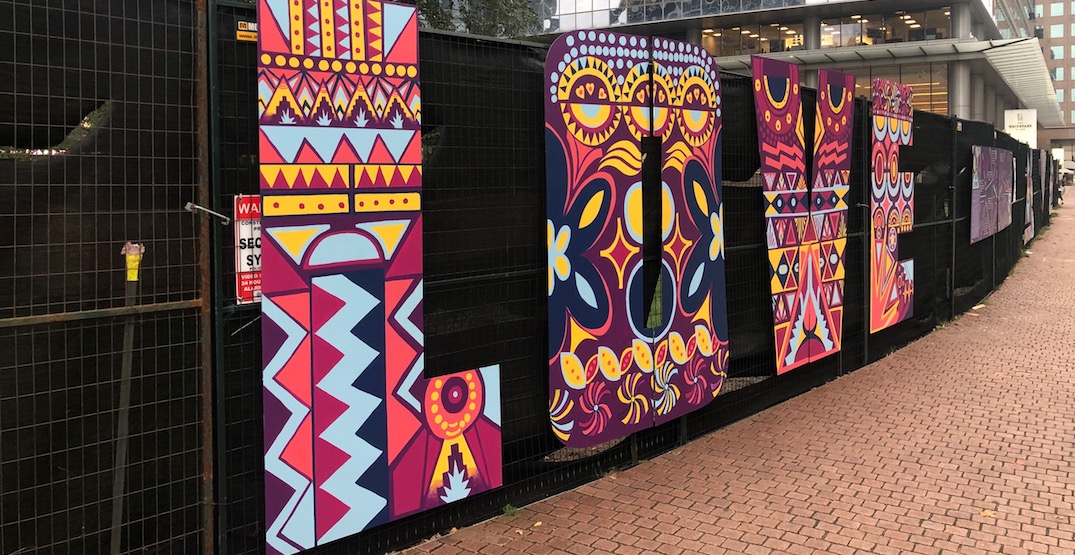 Toronto’s upcoming Love Park may be in the midst of construction, but the site’s perimeter is already looking better thanks to a new art installation.

Colourful letters spelling out “Love” have gone up along the fencing, alongside a number of matching geometric shapes. The installation, created by the Black Speculative Arts Movement (BSAM) Canada, isn’t just a regular art piece — it has a technology-driven component too.

The designs have augmented reality technology built into them, so by simply using your phone, they come to life on your screen with lightning bolts, pinwheels, and confetti-like dots shooting out of the letters.

Each letter of Love Letters designed by @BSAMCanada embodies specific elements. The letter L represents fire, passion, and electricity. Be sure to visit the interactive piece at Love Park. pic.twitter.com/g4zsqS1otJ

Love Park, located at the northeast corner of York Street and Queens Quay West, will be under construction until next year, at which point the planned heart-shaped pond, dog run, and winding paths will be opened to the public. 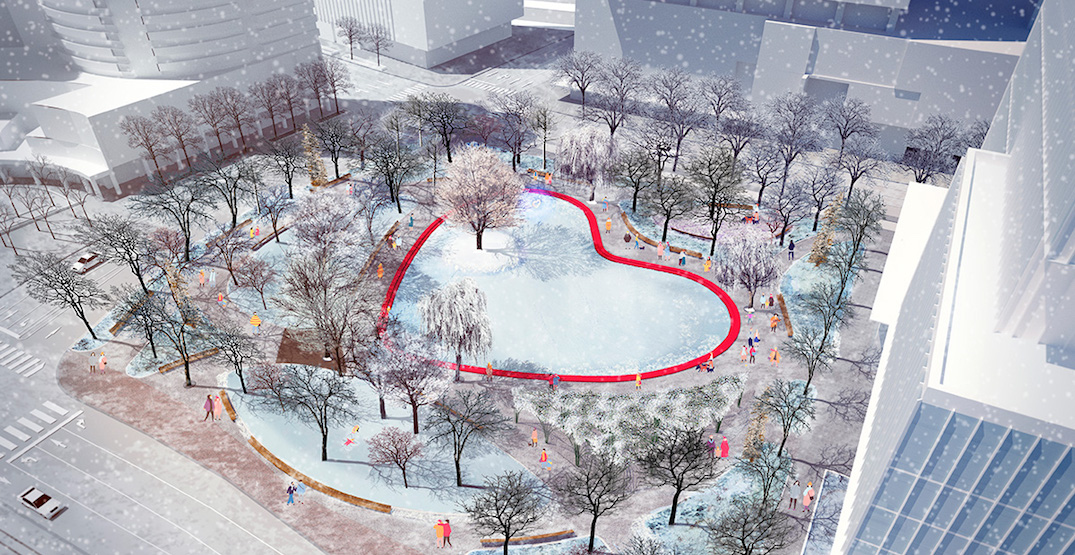 Until then, the love-themed art on the outside of the park will have to do.