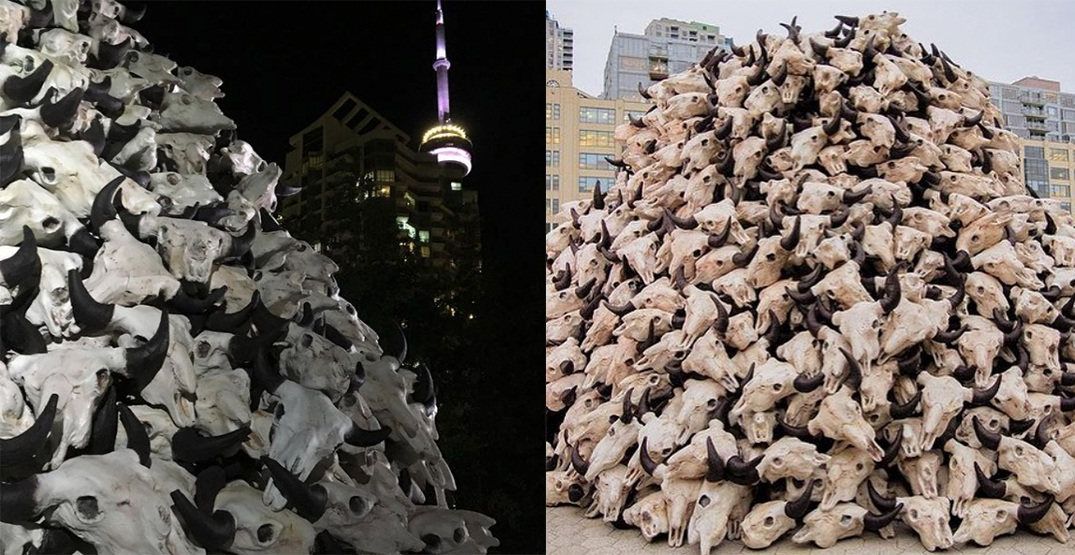 There’s a new public art installation on display on Toronto’s waterfront that’s made up of more than 1,200 painted bison skulls.

The exhibit is called Built on Genocide, and it’s part of the Luminato Festival. Indigenous artist Jay Soule, known as Chippewar, and their team took seven months to assemble, paint, and connect the four-metre high pile of skulls.

“The buffalo skull mound is based on the old historic photos from the late 1800s of the hundreds of thousands of buffalo skulls and bones in piles,” the artist said in an Instagram post. 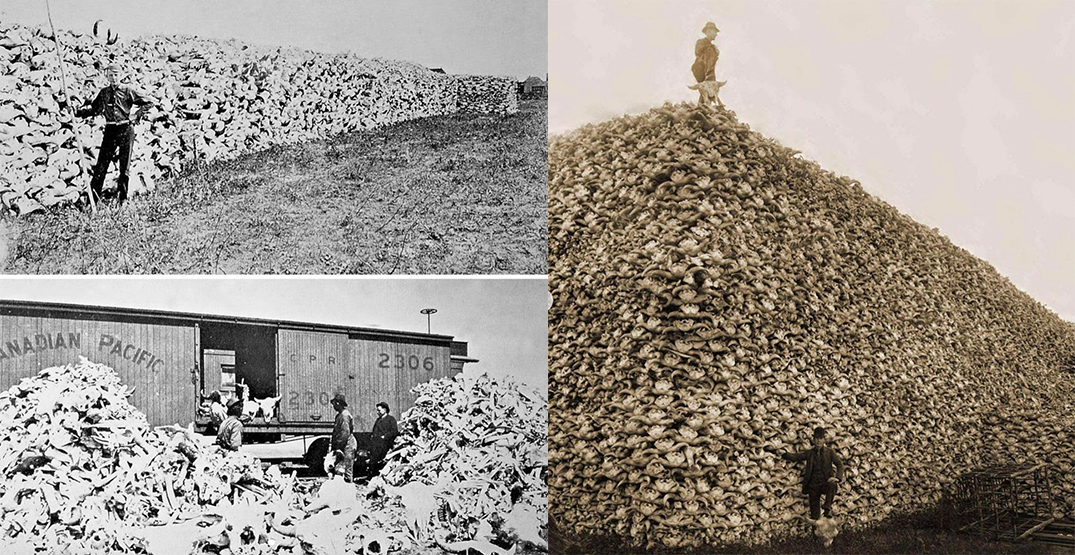 The art piece was influenced by the mass killing of bison during colonial railway expansion. Soule writes that the decimation of herds is an aspect of Canadian history that’s not widely acknowledged but has consequences that are still felt today.

The skull mound is one of 20 images illustrating the ways Canada committed genocide against Indigenous people.

Soule recommended people visit the downtown installations twice — once in the day and once at night.

“The juxtaposition of the backdrop of skyscrapers lit up is such an interesting contrast to the mound of skulls. Very chilling.”

The Built on Genocide exhibit is free and will be in place until October 24. It’s located at Ontario Square near Harbourfront Centre.