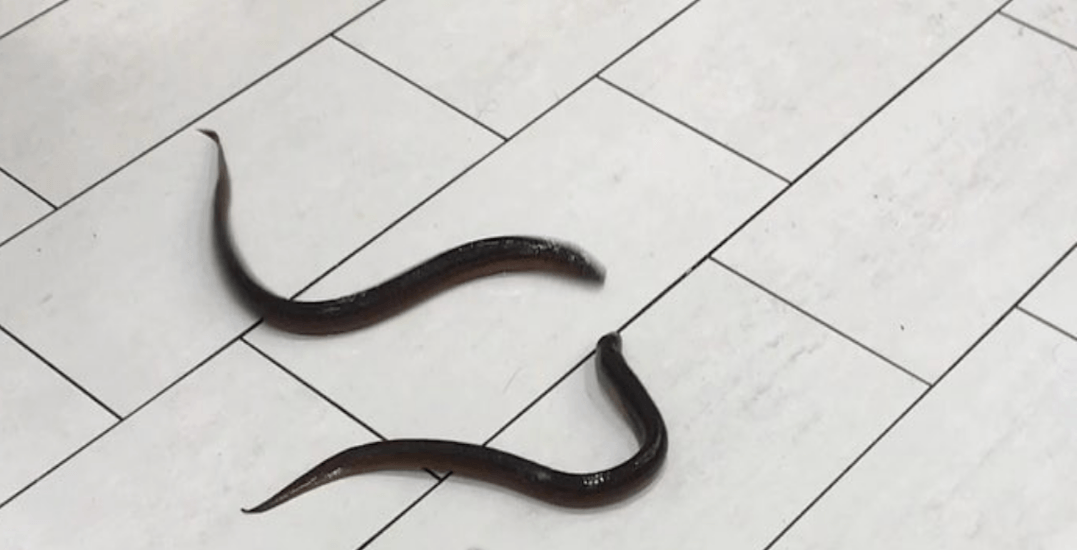 A Toronto woman was greeted by two very unusual washroom patrons on Monday, after discovering two live eels slither past her on the floor.

The creatures were discovered by a woman named Yvonne DeJong, who says she “came out of the bathroom stall,” when she saw the two eels squirming on the floor on Monday.

DeJong shared a video of her stall mates on Instagram, and the eels can be seen wiggling back and forth on the floor of the women’s washroom at Scarborough Town Centre.

There was no immediate information about where the creatures came from or who may have left them in the washroom.

But it’s safe to say the slithering duo definitley added some excitement to an otherwise quiet Monday at the mall.