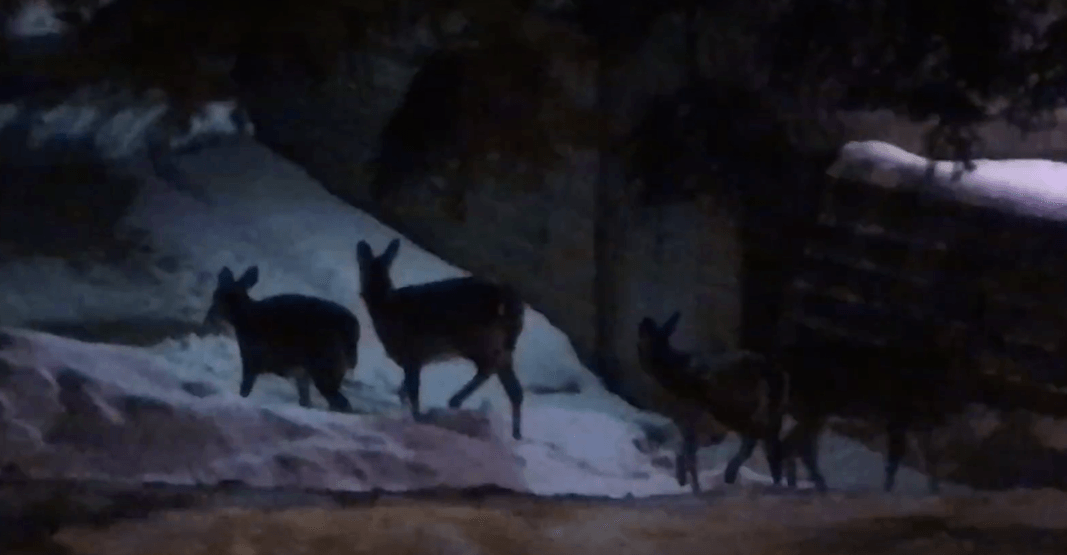 Deer have taken a liking for Scarborough over the past year.

Last summer, the Toronto Wildlife Centre had to rescue deer trapped in a Scarborough plaza.

And earlier this week, deer were spotted in Scarborough once again.

In the early morning hours on Wednesday, Santino Rotiroti caught several of the animals running around and managed to film them. Rotiroti wrote that the videos were taken at 2:45 am, and that there were 8 deer in total near Markham and Kingston Road.

“I was going home on Kingston. They all crossed the street in front of me, it was just me. The mom and dad guarded the street as the children deer crossed,” wrote Rotiroti.

Check out the wild creatures roaming the dark city streets below.